Book 1
Tony is an ordinary guy living in Detroit until one day he's visited by a guy with a flaming head and a briefcase. Inside the briefcase is a supersuit with the number "10" on the front.

The supersuit gives Tony super strength and laser vision. How awesome is that? (Totally awesome, according to Tony's best friend, Rod.)

Maybe this is the best thing that's ever happened to Tony, ever.

But something else is going on. Tony quickly discovers that there are other people that have supersuits with numbers on them, and they also have superpowers... and they want to kill him.

Maybe this is the worst thing that ever happened to Tony, ever. 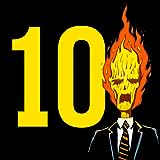 10
Tony gets superpowers (cool!) but also gets trapped in a game of life and death with other people with superpowers (not cool!). 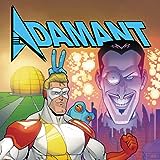 Adamant
Thrust into the far future by his greatest enemy, Adamant arrives in a world that's been transformed into a dystopian nightmare primarily due to his absence from the present. A hero out of time, trapped in an impossibly bleak future, Adamant battles enemies old and new in an effort to return the world to a semblance of the one that was taken from him. 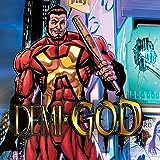 Demi-God
The next Ominous Universe title is here! With great power comes great… wait, how does that go again? Demi-God is a contemporary superhero tale like no other. When irresponsible slacker Jason McAndros suddenly gains the power of a god, the fourth wall isn't the only thing he breaks! As Jason revels in his newfound might, he begins calling himself Hercules and indulging in his every whim. 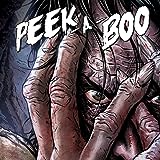 Peek A Boo
A mother seeking solace with her two teenage children after a recent tragedy signs up for a group hiking and camping tour. But navigating the difficult terrain is the least of the hikers' worries as the group soon finds they're being stalked by unseen predators. 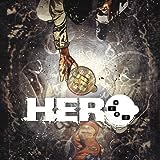 H-E-R-O (2003-2005)
Gotham City native Tony Finch has another dream: to be the greatest super-villain of all time! He’s made his plans. He’s done his homework. And now, thanks to the device, he has the power. The question is: What’s he going to do with it in a city defended by Batman and populated by a horde of other villains?