21: The Story of Roberto Clemente

Series
21: The Story of Roberto Clemente

21 chronicles Roberto Clemente's life from his early days growing up in rural Puerto Rico, the highlights of his career (including the 1960s World Series where he helped the Pirates win its first victory in 33 years, and his 3000th hit in 1972 during the last official at-bat of his life) as well as his private life and public mission off the field.

Wilfred Santiago captures the grit of Clemente's rise from his impoverished Puerto Rican childhood, to the majesty of his performance on the field, to his fundamental decency as a human being in a drawing style that combines realistic attention to detail and expressive cartooning.

"Wilfred Santiago's 21 is brilliant and beautiful, challenging and lyrical ... which seems exactly right, as Roberto Clemente was all those things and more." -- Rob Neyer, ESPN.com

"A kaleidoscopic look at the life of the great Clemente. Santiago's artwork is superb and the depth of his passion for the subject and incredible preparation comes through on every page." -- Steven Goldman, author of Forging Genius: The Making of Casey Stengel and editor of Baseball Prospectus

"I'll admit, being a baseball player often feels like a comic book experience: the costumes, the origins, the battles for great victories and inspiration it conjures in our fellow man. This book captures the essence of one of our sport's greatest heroes, and it does so in a way that engages the imaginations as much as it reveals the heart, ink, color, style, and character; I can think of no better way to share a tale of a true legend." -- Dirk Hayhurst, Toronto Blue Jays pitcher and author of The Bullpen Gospels

King: A Comics Biography of Martin Luther King, Jr.
Ho Che Anderson's biography of America's great civil rights advocate Martin Luther King is both a monumental recreation of his tumultuous public life (and death) and an intimate portrait of the man as politician, friend, lover, husband, and father. 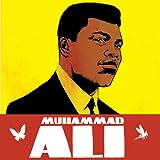 Muhammad Ali
The story of boxing icon Muhammad Ali! An original graphic novel celebrating the life of the glorious athlete who metamorphosed from Cassius Clay to become a three-time heavyweight boxing legend, activist, and provocateur: Muhammad Ali. Not only a titan in the world of sports but in the world itself, he dared to be different and to challenge and defy through his refusal to be drafted to fight i 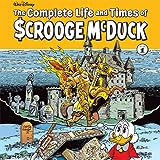 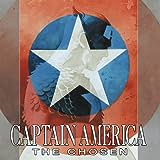