A Hell of Our Own

Series
A Hell of Our Own

A samurai, Ren Aotishi, returns from war, only for his war crimes to come full circle. Forbidden to intervene when vengeful spirits sack his home, murder his wife, and abduct his child, Ren is forced to enter the underworld, Yomi, to reclaim his daughter, Aiko. Without the guidance of his patron gods, this samurai turned spirit ronin walks alone through the valleys of the undead to reclaim the daughter he loves. Little does he know, the gates of the underworld hold treachery far beyond his comprehension. Can Ren withstand the fight for his soul, or will his honor forsake him as he's dragged further into hell?

Welcome to A Hell Of Our Own, a 132-Page Original Graphic Novel from the creative team of Robert Deshaies II & Dominic Pinto (Adam & Eternity).
See More See Less 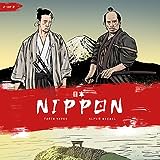 Nippon
Nippon; it's a samurai story set in the 16th century. This period was almost a turning point for Japan, as the empire now lost its former power and the shoguns, the Japanese representative of feudalism, began to replace it. Our main character, Shinji, witnesses the capture of his own town while the shoguns take over the regions as they wish. From this moment on, the deep story begins in which Shin 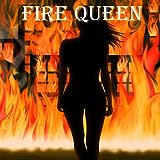 Fire Queen #1: Fire Queen
Videl, a pyromaniac arsonist completes another job. But everything changes when she realizes her employer left out a crucial detail. 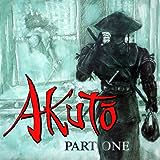 Akuto: Akuto Part One : Pain
Turning his back from life as the infamous Akuto, Jin travels with the mysterious child Miko, embarking on a journey to discover her past and to make peace with his. 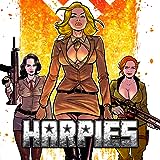 Harpies
The 2nd great war is almost over. The allies are closing in the Nazis. A desperate Hitler is rumored to have something up his sleeve. The allies aren't completely sure what it is. They send 3 spies that go by the code name Harpies to figure out what is it. The Harpies stumble upon tip that an occultist name Johanna is Hitler's new weapon. Now, they just have to figure out what it is that Johanna i