ABYSSAL ALBION is a stunningly drawn B&W, H.P. Lovecraft inspired survival horror comic series set after the rise of the GREAT OLD ONES and the fall of humanity.

Taking place in a GREAT BRITAIN where both cosmic and folk terrors are a commonplace and chilling truth. Ravaged by death and madness, the story follows the journey of two siblings, SISTER and BROTHER, as they try to survive a world teeming with savage cults and sanity shattering beasts.

Written by cosmic horror aficionado, screenwriter, and creative producer for the DEADBOLT FIlms, THOMAS J CAMPBELL (BEYOND, AND NOTHING HURT) and with artwork by accomplished artist WAYNE LOWDEN (SHARKS OF A TRAIN, NOCTURNE), lettering by KEN REYNOLDS (COGNITION, HERE AND THERE) and cover colours by SEAN CALLAHAN (AIKO, NOCTURNE)
See More See Less 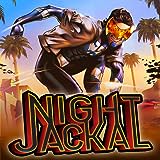 Night Jackal
Recently released from prison, iconic 80s superhero Night Jackal comes face-to-face with a world he barely recognizes. Superheroes from his day are outlawed and sent into hiding, while a new and dangerous brand of “hero” are organized under a state-sanctioned, monolithic department known as the Bureau of Guardians. He soon becomes their main target as a larger plot unfolds pitting two 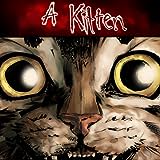 A Kitten
A small, striped kitten seems adorable playing in the rain between parked cars in northern Manhattan. But if you see her, do not follow. She has already has a friend. 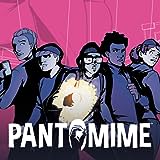 Pantomime
Haley and her brother, Max, are alone after their mother's death and are sent to Wayfair Academy, a special needs boarding school. Eventually, they find family amongst other deaf children. One night the group decides to dip their toes into crime... the thrill is too much to leave behind. They soon find out that stealing from the wrong person, has its consequences. With no one to turn to but each o 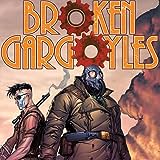