When the rock fell on Terra Tercia, it was the beginning of the end. The impact opened a breach that the gods of chaos took advantage of invading an unconscious planet and devastating it. When the Astronauts arrived to purge that, much of what was known was over. The dwarves had become extinct, the elves were turned into sex slaves, and man built an empire of puppets and idiots fueled by his arrogance.

Abraxas is one of the last free elves. Wizard, warrior, mercenary, murderer, thief, scoundrel. His adventure and that of his whole world has only just begun.
See More See Less 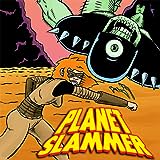 Planet Slammer
EEP was a bounty hunter for the colony planets, but she knew too much, so the government framed her. Now a "criminal" herself, she's being sent to Planet Y, the prison planet, where every evil man, woman, and mutant she ever put away is waiting for her on this... PLANET SLAMMER!!!! An action-packed adventure filled with brain melting monsters, mutants, and unlikely foes... er... 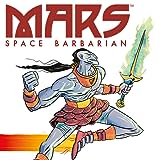 Mars: Space Barbarian
Mars: Space Barbarian is a science fiction swords and sorcery comic. He travels the sea of stars, going from moon to moon, seeking revenge for the home he lost and the legacy that was stolen from him. He is Mars, prince and barbarian. Do not cross him.