Action Comics is the longest-running continually published comic book in history, and it's the series that launched the superhero genre with the introduction of Superman in 1938. DC Entertainment is celebrating its 80th anniversary with Action Comics: 80 Years of Superman Deluxe Edition, which features cover art by artist and DC Publisher Jim Lee.

Celebrate the hundreds of people who made Action Comics so impactful and culturally relevant for over eight decades with Action Comics: 80 Years of Superman Deluxe Edition.
See More See Less

Superman (2018-)
A bold new chapter for the greatest superhero of all time begins here as the superstar team of writer Brian Michael Bendis and artist Ivan Reis begin their run on the all-new SUPERMAN! The fallout from the Man of Steel miniseries has Clark Kent looking at the world through new eyes...with new ideas about what Superman could and should do for the city of Metropolis and the planet Earth.
Justice League (2018-)
Spinning out of the cataclysmic events of Dark Knights: Metal and the universe-defining No Justice, the core members of the Justice League--Superman, Batman, Wonder Woman, Aquaman, The Flash and more--are finally reunited! The cosmos suddenly opens up to new threats that the Justice League could not imagine! As Lex Luthor and Batman race to solve a mystery going back to the beginning of the DC 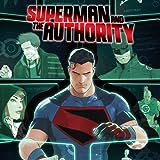 Superman and the Authority (2021-)
"Sometimes even Superman finds a task almost impossible. Sometimes even the Last Son of Krypton needs to enlist help. Some tasks require methods and heroes that don't scream "Justice League." This new limited series helps launch an all-new Superman status quo, setting up story elements that reverberate across both Action Comics and Superman: Son of Kal-El in the months to come. And not only is