Adventures of a System Admin #4

Adventures of a System Admin
Issue #4

Rubber Ducky
The Adventures of a System Admin series is based on the struggles and every day tasks of a System Administrator. In Rubber Ducky, JJ and the team will be so focused on the hacker they have recently caught that some of them will slip. So, the protectors will become the victims and desperation will kick in. People may lose their jobs and others may leave if things don't get back to normal. Trust will be lost and relationships may be damaged. The IT team won't be the same; or will it? Some of these questions will be answered in these amazing issues.
See More See Less 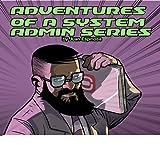 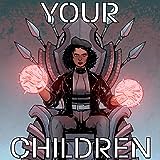 Your Children
Domestic terrorism in Lusahoyo, TN when a church of black parishioners is murdered... What will the government do? What will the Survivor do? And who is really behind it? Issue one of a miniseries. 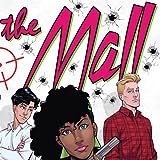 The Mall
The Mall is set in everyone's favorite decade, the 1980's. This coming of age crime story takes place in a small Florida town at the height of the popularity of indoor malls. When the head of the Cardini Mob Family mysteriously dies, his three illegitimate children each inherit a store in the mall. While the stores front as legal businesses, the real money is in the illegal businesses. The kids 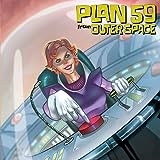 Plan 59 from Outer Space
Back in 1957, Ed Wood brought us a movie about aliens who tried to raise the dead in order to destroy humanity in order to prevent us from causing a galaxy destroying weapon that they believed we would one day create. This was Plan 9 from Outer Space. Obviously, plans 1 through 8 failed, and (spoiler alert, but frankly the movie has been out for 63 years now, so there shouldn't be much to spoi 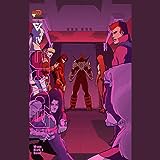 EDGE: EDGE
Due to the sensitive nature of The Edge and its top secret classification not much is known about its origins. It is also unknown if any of the information is based on fact or fiction. It is to this day unclassified by the FDA. Without this classification it is difficult to categorize what The Edge is. It could be a steroid or an enhancement. Since the first "known" case of an Edge carri