Agents of Atlas VS.

See the Agents of Atlas do battle with some of Marvel's most powerful teams! First, Venus has been kidnapped and intel suggests that theres only one machine that can help - CEREBRA - which brings the Agents of Atlas head to head with no less than THE X-MEN! Then, spacetime is being selectively eroded by an unknown force. To stop the effect, the Agents seek the help of the Avengers - and find a much earlier version of the team than they expected. Next, the Thunderbolts see if they can take down the squad of '50s misfits without destroying America first.
See More See Less 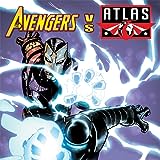 Avengers vs. Atlas (2010)
Spacetime is being selectively eroded by an unknown force. To stop the effect, the Agents of Atlas seek the help of the Avengers- and find a much earlier version of the team than they expected: Captain America, Iron Man, Wasp, Giant-Man and Thor are together again, with the atomic wildcard The Hulk! 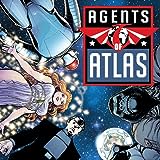 Agents of Atlas (2009)
The heroes of the 1950s are back with big plans for the 21st Century! When Federal enforcers under the hand of Norman Osborn burst into an armory under control of the Atlas Foundation, Jimmy Woo's Agents go head-to-head with the new powers that be. How it all goes down will make the playing field of the modern Marvel Universe more volatile than ever! 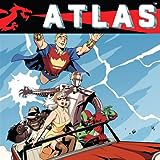 Atlas
THE HEROIC AGE IS HERE! Someone has come to ATLAS looking for answers to some very strange questions, and on his trail is a danger of a new level. Marvel's Rat Pack are back to solve - the mystery behind THE 3-D MAN! 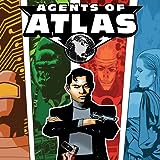 Agents Of Atlas (2006-2007)
In the late 1950's, The U.S. Government let FBI Special Agent Jimmy Woo forge a team of unlikely heroes: Together they stormed the fortress of a criminal mastermind to rescue President Eisenhower, and the group disbanded soon after. Now almost 50 years later, an unauthorized S.H.I.E.L.D. mission goes down in flames, and from the ashes arise forces from the Golden Age of Marvel! 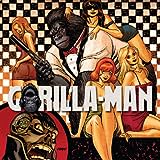 Gorilla Man
Ken Hale is Gorilla Man. As an Agent of Atlas he has saved countless lives. This is his tale!