"If the world ends, let them know it was because we loved."
Now no one knows who fired the first shot, but they do know who ended it. This war was sparked because two hearts couldn't stay in their place, no; they had to meddle with love and with that love cause a world war that scorched most of Planet Indio to rust-colored dirt and lifeless forests.

It was only moments after the assassination attempt of The Kentila Emperor, Malvik Kentila, that missiles flooded the skies, raining death and destruction on to the unsuspecting civilians below, while The Sadness rushed to Mother who would soon eat away at The Life Pool. 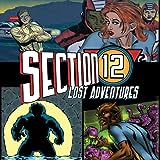 Section 12 (Lost Adventures)
Section 12 (Lost Adventures) represents the tales we never got to tell. Way back in the early 1990s, Section 12 was published as an anthology series by Dilemma Productions. The comic was titled, Dilemma Presents and was one of the company's best sellers. Unfortunately due to changes in the comic market at the time, the title ended after issue #4 but many more stories were produced. These ta 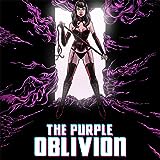 The Purple Oblivion
Dr. Kawasi and his disciples form the Holy Leech cult with the mission to reach The Purple Oblivion. Through this, they will reach Eternity in The New Flesh. To go beyond Space-Time, it will be necessary to feed the leech with its hosts fear and pain. Fear and pain they cultivate from torture and shock sessions of video-violence. 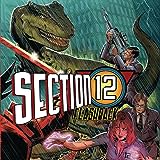 Section 12 (Flashback)
Section 12 (Flashback) - The Original Stories: Every year millions of dollars are given in scientific grants by governments all over the world. This money is used to further research and the quality of life for mankind as a whole. We celebrate scientific break-thrus and make celebrities out of these top-tier scientists that make our lives better. However for every success story there are hundre 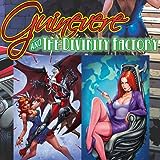 Guinevere and the Divinity Factory: Meeting Francis Gats
Guinevere, a sexy apprentice mage, must find out the sinister purpose behind an evil corporation exploring human trials on the unsuspecting.