Alena's life is a living hell. Since starting at the snobbish boarding school Alena's been harassed every day by Philippa and the girls on the lacrosse team. But Alena's best friend Josephine is not going to accept that anymore-not from the counselor or principal, not from Philippa, and not from anyone at that horrid school. If Alena does not fight back then Josephine will take matters into her own hands. There's just one problem-Josephine has been dead for a year.

English adaption of the award-winning Swedish graphic novel Alena, Movie adaptation made its US debut in February!

"Let the Right One In meets Show Me Love set in a boarding school. Count on vengeance, violence and broken teenage hearts." - Stockholm Filme Festival 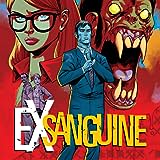 Ex Sanguine
One's a natural born killer,a remorseless hunter gleefully prowling the night for victims to quench an unnatural blood lust. The other's a vampire. His centuries of existence have left him world weary and detached, until one day his thirst is reinvigorated when the deadly and intricate work of the Sanguine Killer catches his eyes. Collects the five-issue miniseries. For fans of Dexter, Fatale, 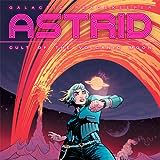 Astrid
Formerly the Galactic Coalition’s top recruit, the now-disgraced Astrid is offered a special mission from her old commander. She’ll prove herself worthy of another chance at becoming a Galactic Peacekeeper . . . if she can survive giant insects, brutal sects, and the ancient evil of an uncharted volcanic moon, of course! Swedish comics creator Kim W. Andersson (The Complete Love Hurts, Alen 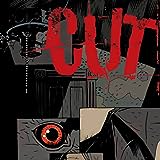 Cut
The latest addition to the Dark Horse horror line is this chilling original graphic novel from writer and publisher Mike Richardson (The Secret, Cravan). Twentysomething Meagan Walters regains consciousness and finds herself locked in an empty room of an old house. She's bleeding from the back of her head, and has no memory of where the wound came from - she'd been at a club with some friends... l 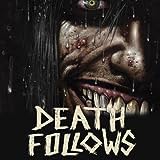 Death Follows
Birdie lives with her family on a struggling farm. When an itinerant farmhand comes to their aid, she should be relieved. Instead, she finds her life spiraling into nightmare, as wherever the hired man goes, the dead grow restless.