As a costumed adventurer, Jessica Jones was plagued by a lack of self-esteem and an inability to master her superhuman powers. She hung up her cape and tights when she realized she would forever be considered a second-rate super hero. Now a tough-as-nails private investigator, Jessica returns home to find a mysterious girl in a costume hiding in her apartment, but she flies away before Jessica can find out who she is. Through sources, Jessica discovers that her intruder is Mattie Franklin, a.k.a. Spider-Woman, a teenage super hero with a connection to Daily Bugle publisher J. Jonah Jameson. With Mattie in danger, Jessica Jones must seek help from an unlikely source — Jessica Drew, the original Spider-Woman — to bring her home alive. Then, for the first time, learn all of Jessica’s hidden secrets — how she got her powers and joined the Avengers, and the dark, unspoken chapter in Marvel Universe history that changed her life forever. Guest-starring Peter Parker, Jean Grey and the Avengers!
See More See Less

Alias (2001-2003)
Meet Jessica Jones, a former costumed super hero who, in fact, stunk at it. With powers unremarkable in comparison to the great icons of Marvel, Jessica never found her niche. But once she hung up her cape, she was surprised at how quickly she fell out of the spandex loop. Sure, she may hang out with some of the Avengers socially, but she`s not welcome in Avengers Mansion. And she feels the reject 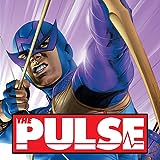 Pulse
The Daily Bugle has never been a friend of the super heroes of NYC, but with profits down and the newspaper's survival on the line, J. Jonah Jameson turns the heat up a notch! Meet the Bugle’s new team of super hero investigative journalists ; Jessica Jones, Kat Farrell & Ben Urich, as they dig up the dirt on the city’s most famous heroes- no matter the cost or who gets hurt!
Jessica Jones (2016-2018)
She is back after a decade! A lot has changed in the Marvel Universe and there are still many secrets hiding in the shadows. Secrets only a special woman like Jessica Jones can hope to uncover. Discover the haunting secrets from Jessica's past in this blistering new series. Alias Investigations is open for business. 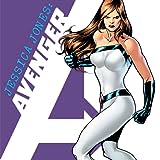