They are the scum of the galaxy; the worst of the worst - criminal, killers, the lost, the angry, the desperate. They are the misfits and monsters of Alien Legion, the toughest rammers in the galaxy! And it's their job to put themselves in the line of fire, fight wars for those too weak or too scared to protect themselves.

This time, the battle-hardened veterans of the Legion have been dispatched to the Harkilon system, where war has erupted. Their job: to keep the peace and protect the innocent - the great space convoys of civilian ships packed with civilians and refugees.

But many of these erstwhile civilians are not what they seem. Some are smugglers and criminals using the civilians to disguise their nefarious activities, and they aren't constrained by rules of engagement that prevent them from using lethal force - unlike the Legionnaires.

Very soon, a straightforward peacekeeping mission is a battle for survival for the members of Alien Legion!
See More See Less 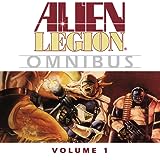 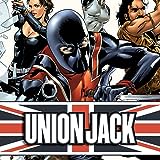 Union Jack
Spinning out of Captain America, Britain's premiere super hero has mere hours to prevent multiple terrorist attacks on London by an army of super-villains! Union Jack leads Sabra and the new Arabian Knight into battle! But when his boss at MI5 risks innocent lives to bring down the enemy, Union Jack faces a tough choice - and the fate of London itself rests on his decision.
Grendel
Matt Wagner's masterpiece celebrates its thirtieth anniversary with the first ever comprehensive collection of the complete Grendelsaga! The first of four volumes presenting the entire series and following the chronology of the stories, this edition introduces millionaire Hunter Rose and his alter ego, the criminal mastermind Grendel!