Footsloggers and soldiers of fortune, priests, poets, killers, and cads — they fight for a future Galarchy, for cash, for a cause, for the thrill of adventure. Culled from the forgotten and unwanted of three galaxies, they are trained to be the most elite, and expendable, of fighting forces. Sometimes peacekeepers, sometimes shock troops, the Legion is sent into the Galarchy's most desperate internal and external conflicts. Legionnaires live rough and they die hard, tough as tungsten and loyal to the dirty end.

Alien Legion creator Carl Potts on the series: "The original concept was the 'Foreign Legion in space,' and all the legionnaires were human. The Alien Legion universe is a giant extrapolation of the American democratic melting-pot society, where different races and cultures work together for the common good while dealing with the pluses and problems that the nation's diversity creates."
See More See Less

Alien Legion: Uncivil War
"Terse, tense and compellingly action packed." - Comics Review The classic series returns, blasting its way into an all-new battle-scared, laser-ravaged adventure! In a galaxy savaged by strife, torn by civil war, boiling with spilt blood, Alien Legion is a cosmic military force doing its damnedest to keep the peace by being always ready for war. At the tip of the Legion's multi-species
Alien Legion
The Alien Legion commander, Major Sarigar, tormented by the loss of his beloved Nomad Squad after a desperate suicide mission on the planet Quaal, is desperate to discover the truth of their disappearance. He resigns his commission and sets off on the trail of his missing Legionnaires! 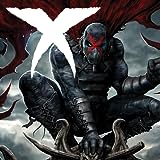 X
The city of Arcadia is the dark side of the American Dream. It's the land of opportunity, if you've got the money to buy it or the muscle to take it. The police are the best trained and equipped in the country, if you can afford their protection. Crime is under control, because crime is in control. For the corrupt and the ruthless, Arcadia is paradise on Earth. But a cold storm is blowing through 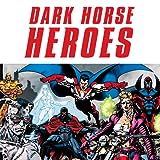 Dark Horse Heroes Omnibus
In the not-too-distant past, the first nuclear weapon test changed the world forever . . . but not in the way we expected. Unleashed upon the planet was a microscopic technological virus of unknown origin that infected millions-some to no effect, some to horrifying agonies and disfigurement, others with the gift of incredible and sometimes terrifying power. But would a world populated by supermen