The original sequel to Aliens! For the thirtieth anniversary of Aliens, Dark Horse is releasing an oversized edition of the unabridged and unadulterated series! In 1988, Dark Horse's Aliens, with stunning art by Mark A. Nelson and a script by Mark Verheiden, took the comics market by storm . . . until the release of Alien3 forced the story to change. First major comics work by Mark Verheiden, who went on to write The Mask, Timecop, Battlestar Galactica, Daredevil, and many other films and television shows.

Aliens
Dark Horse Comics took the industry by storm with its release of Aliens, a comics series that for the first time captured the power of film source material and expanded its universe in a way that fans applauded worldwide.

Aliens vs. Predator
Mankind's two ultimate nightmares come together in mortal combat, and whoever wins - we lose. On the remote planet Ryushi, a small ranching community becomes an unwilling participant in a deadly ritual: extraterrestrial Predators have seeded Ryushi with Alien eggs in order to create the ultimate hunt. But what the Predators don't know is that an Alien queen egg is amongst those they've sent as pot 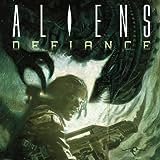 Aliens: Defiance
Colonial Marines arent trained for this . . . Battling demons from her past while fighting for her life, Colonial Marine Private First Class Zula Hendricks, in the company of Weyland-Yutani synthetics, is forced to question her strength and loyalty when the discovery of an insidious alien species on a derelict hauler sends her on a dangerous journey across the stars. Brian Wood brings his sharp st
Predator
Dark Horse Comics set the comics industry on its ear with its comics expansion of the Predator mythos, a comics series so true to the spirit of the original 20th Century Fox film blockbuster that concepts from the first Predator comics series were incorporated into the Predator screen universe. 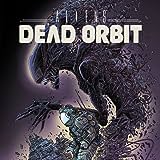 Aliens: Dead Orbit
After a horrific accident strikes a space station, an engineering officer must use all available tools--a timer, utility kit, and his wits--to survive an attack from the deadliest creature known to man. Collects issues #1-#4 of the thrilling and claustrophobic Aliens story: Dead Orbit, penned by Orc Stain creator James Stokoe!