Jim Hammond, the original Human Torch, has been driven mad by recent events - and now it's up to Namor to stop his rampage! And in England, Spitfire and Union Jack must face a different kind of Invader - one from another world! In 1917, several WWI heroes banded together to battle Martians - and now the invading aliens are back! As the Winter Soldier dispatches the all-new Invaders to help Spitfire, Tanalth the Pursuer seeks answers - and Toro emerges from his Inhuman cocoon with dangerous new powers! Can the all-new Captain America help him navigate his rebirth? Killraven, the Eternals and the Inhumans guest-star as the Invaders struggle to solve the mystery of the Martian invasion! Plus: The team faces Lash and a neo-Nazi threat, but what do they want with Toro and the Iron Cross?
See More See Less 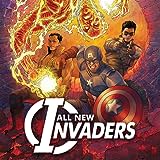 All-New Invaders (2014-2015)
The KREE EMPIRE intends to conquer the universe using a weapon that will grant them an army of NORSE GODS. 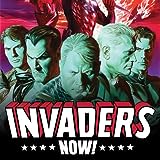 Invaders Now! (2010-2011)
The greatest super heroes of World War II blaze into action-this time in the modern world! For the first time in decades, the original Invaders are alive and active at the same time! But what mysterious force has drawn them all together...and how does it relate to the darkest moment in Invaders history, an event so horrifying it threatens all life on Earth today? Featuring: Captain America! The Su 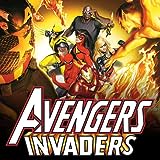 Avengers/Invaders (2008-2009)
Collects Avengers/Invaders #1-12. The Civil War is over, and the Avengers are divided. Captain America's death has been a blow to both sides. Now, the Star-Spangled Sentinel is back - and it could destroy the time stream! In AVENGERS/INVADERS, Alex Ross, Jim Krueger and Stephen Sadowski (Dynamite Entertainment's Project: Superpowers) - along with artists Patrick Berkenkotter and Jackson Herbert 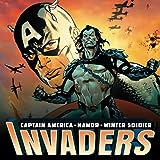 Invaders (2019)
Collects Namor: The Best Defense (2018) #1, Invaders (2019) #1-12. The greatest generation of Marvel heroes is back — to stop one of their own! Namor the Sub-Mariner, monarch of Atlantis, has once again declared war on the surface world — and this time he means to win at any cost! But he won't find allies in Captain America, the Human Torch and the Winter Soldier. All three fought by Namor' 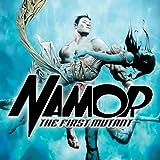