'Came down from my Ivory Tower and found no world..." 2 of 3
The All-New Union's first outing didn't go exactly as planned...but then again, when you're the first meta-humans to be seen in over 14 years and you're battling a giant cloud monster in the middle or a small city, how could it?

Meanwhile, unbeknownst to our young heroes, Dr. Herbert Thompson, trapped in his own unending time loop, has enacted a plan to end all existence by launching the Earth backwards through time on a collision course with itself!

Will our heroes be able to stop him and his terrible Time Cannon before it's too late? Who are the mysterious figures that appeared out of nowhere at the end of our last issue? Are they friend or foe? 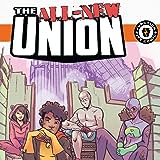 All-New Union
Fourteen years ago the Negaton bomb destroyed New York City ending the long war between the UNION and REDUX, an anti-superhuman cult. Millions lost their lives and many more were made homeless by the disaster. Philadelphia and Boston grew to become megacities, refugee shantytowns stretching for hundreds of miles. The sudden loss of New York brought the economy of the United States crashing do 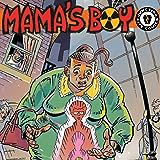 Mama's Boy
A buddy-adventure with your mom? Not since, Stop! Or My Mom Will Shoot, have we seen such Mother/Son hijinks. Before the fall of communism two superpowers vie for control, not of territory, but a different landscape. The mind. It is discovered through experimental drugs and procedures that one can control the mind to pass through to another plane of existence. The CIA and KGB are racing to 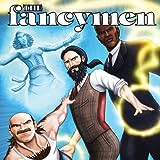 The Fancymen
Through time and space! Through strange dimensions unknown! Join the Flare, the Mane, Spirit and Spite on an adventure across the Universe... As they encounter evil scientists, sorcerers, demons and gods, they uncover an ancient struggle as old as Life itself - but the greatest secret of all lies within the folds of the very fabric of reality! 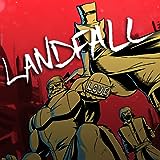 Landfall: Revolution
Sera Haywell never knew just how much her life would change after her first encounter with a grease devil. Set in the mysterious desert land of Itrahar where mechanical horses gallop across the dunes and demons lurk beneath every crevice, Landfall tells the action-packed tale of a young girl who must protect a group of supernatural children from an impending civil war. As a great drought fuels 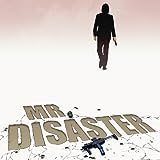 Mr. Disaster
In a city run by a mayor who seeks to control its citizens- Where secrets and intrigue hide around every corner- And your friends are merely people who don't want you dead- One man must overcome his dark past and step up to become the hero that puts an end to the corruption... If he doesn't oversleep. John Sloan is... MR. DISASTER!