"A stirringly mythic, emotionally resonant, and gloriously alternative take on the Man of Steel." -Entertainment Weekly

"All-Star Superman is exciting, bold and supercool… all the makings of a classic." -Variety

"Morrison gets what's fun about Superman: he's ridiculously powerful, and therefore he just sees and does and has lots of incredibly cool, totally bizarre stuff." -TIME Magazine, Best Comics of 2007

"The most enjoyable incarnation of Superman in almost 30 years." -A.V. Club

The Man of Steel goes toe-to-toe with Bizarro, his oddball twin, and the new character Zibarro, also from the Bizarro planet. And Superman faces the final revenge of Lex Luthor in the form of his own death! All-Star Superman is a spectacular reimagining of the Superman mythos, from the Man of Steel's origin to his greatest foes and beyond.

Combining their singular talents to create a new and brilliant vision of the Man of Steel, comics storytellers Grant Morrison and Frank Quitely are reunited with their WE3 collaborator Jamie Grant for one of the greatest Superman stories ever imagined. Collects All-Star Superman #1-12. 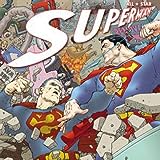 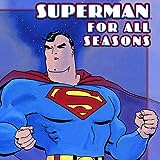 Superman: For All Seasons
Before the legend, before the icon, before the Man of Tomorrow, there was Clark Kent, a young man coming to terms with the awesome power that fate granted him. Experience the tale of his transformation from country boy to Metropolis Superman as told by Jeph Loeb and Tim Sale.
DC: The New Frontier
World War II is over. The Cold War has begun. Where are the heroes of tomorrow? THE NEW FRONTIER recounts the dawn of the DCU's Silver Age from the perspective of the brave individuals who made it happen--both the superheroic "keepers of the flame" and the next generation of crimefighters. 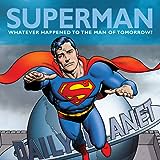 Superman: Whatever Happened to the Man of Tomorrow?
An unforgettable collection of WATCHMEN writer Alan Moore's definitive Superman tales that is sure to appeal of readers of his BATMAN: THE KILLING JOKE graphic novel. Moore teams with Curt Swan, the definitive Superman artist from the 1950's through the 1970's, to tell the final adventure of the Man of Steel featuring his last stand against Lex Luthor, Brainiac and his other foes in "WHATEVER HAPP 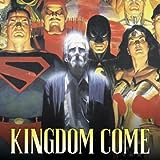