Series
All the Presidents

All the Presidents is the latest book of portraits by the artist BoingBoing hails as “the greatest portrait artist of our time.” All the Presidents is indeed what the title indicates, portraits of all 44 United States Presidents, from George Washington to Donald Trump and everyone in between, all rendered in
Friedman’s celebrated in-your-face style of portraiture. The portraits will be accompanied by vital statistics on each subject (political
affiliation as well as height and weight, etc.), as well as fascinating presidential factoids. Friedman’s two page comic strip introduction “Drawn to Presidents” opens the book, specifically detailing his fasciation with drawing many US presidents throughout his life, from childhood scrawlings of Richard Nixon to illustrations of Ronald Reagan, George H.W. Bush and Bill Clinton for Spy
and eventually creating the famed Barack Obama/George Washington mashup
inauguration cover for The New Yorker in 2009. The book also features a foreword by NPR’s Studio 360 host, Kurt Andersen.

Beasts of Burden
Welcome to Burden Hill , a picturesque little town adorned with white picket fences and green, green grass, home to a unique team of paranormal investigators. Beneath this shiny exterior, Burden Hill harbors dark and sinister secrets, and it's up to a heroic gang of dogs , and one cat , to protect the town from the evil forces at work. These are the Beasts of Burden Hill , Pugs, Ace, Jack, Whitey, 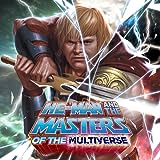 He-Man & the Masters of the Multiverse (2019-)
The scourge of Anti-Eternia is unleashed on the Multiverse! Blazing a trail across the dimensions, he’s devastating each version of Eternia and stealing its power. 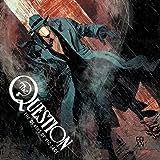 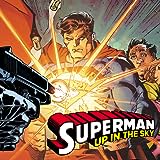 Superman: Up in the Sky (2019-)
Following a home invasion that ends in murder, Superman is put on the trail of a Metropolis mystery by Batman—but can even the Man of Steel discover the truth behind these tragic deaths, or their ties to the far-off world of Rann? These stories by Tom King with art by Andy Kubert guest-starring Green Lantern and other heroes were originally published in SUPERMAN GIANT #3 and #4.