Series
All the Presidents

All the Presidents is the latest book of portraits by the artist BoingBoing hails as “the greatest portrait artist of our time.” All the Presidents is indeed what the title indicates, portraits of all 44 United States Presidents, from George Washington to Donald Trump and everyone in between, all rendered in
Friedman’s celebrated in-your-face style of portraiture. The portraits will be accompanied by vital statistics on each subject (political
affiliation as well as height and weight, etc.), as well as fascinating presidential factoids. Friedman’s two page comic strip introduction “Drawn to Presidents” opens the book, specifically detailing his fasciation with drawing many US presidents throughout his life, from childhood scrawlings of Richard Nixon to illustrations of Ronald Reagan, George H.W. Bush and Bill Clinton for Spy
and eventually creating the famed Barack Obama/George Washington mashup
inauguration cover for The New Yorker in 2009. The book also features a foreword by NPR’s Studio 360 host, Kurt Andersen. 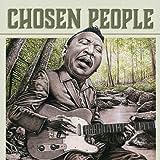 Drew Friedman's Chosen People
Artists, cartoonists, comedians, musicians, actors, politicians, the famous and the infamous, these chosen people are just that: People chosen to be rendered by the man BoingBoing calls “The greatest living portrait artist.” 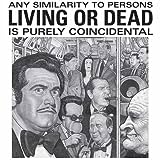 Any Similarity to Persons Living or Dead is Purely Coincidental
Any Similarity... is a collection of Drew Friedman's earliest comic strips and illustrations, featuring his most obsessively stippled black-and-white panels and his most hilarious wise-guy takes on the stars and demi-stars and never-quite-stars of that swamp we like to call showbiz.In these strips, many of them written by his brother Josh Alan Friedman (both are sons of the legendary Bruce Jay Fri
The Fun Never Stops!
The Fun Never Stops is a comprehensive collection of premier caricaturist Drew Friedman's best comic strips, illustrations, and mug shots dealing with all the familiar Friedman themes the world has come to love: showbiz has-beens, ugly old white men, nefarious politicians, debauched celebrities, the ubiquitous Lord of Eltingville, etc. Most of the work is from the 1990s, and show Friedman's gradua 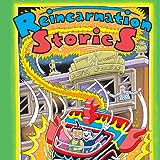 Reincarnation Stories
Kim Deitch made his name as an “underground” cartoonist — a contemporary of Spiegelman, Crumb, et. al. — but over the last three decades has simply been one of the most vital graphic novelists the medium has to offer, including acknowledged classics such as The Boulevard of Broken Dreams, Alias the Cat, and The Search for Smilin’ Ed. His new graphic novel, Reincarnation Stories, feels li