As Wednesday attempts to rally his fellow gods to fight, Shadow is kidnapped by men in black--Mr. Wood and Mr. Stone, who brutally interrogate and beat him for answers on the coming god war.

The Hugo, Bram Stoker, Locus, World Fantasy, and Nebula Awardwinning novel and upcoming Starz television series by Neil Gaiman is adapted as a comic series for the first time! 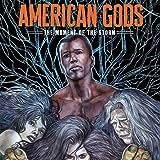 Stumptown
Superstar writer Greg Rucka (WHITEOUT, DETECTIVE COMICS) embarks on his first creator-owned series since the Eisner Award-winning QUEEN & COUNTRY! Dex is the proprietor of Stumptown Investigations, and a fairly talented P.I. Unfortunately, she's less adept at throwing dice than solving cases. Her recent streak has left her beyond broke-she's into the Confederated Tribes of the Wind Coast for 18 la
The Expanse Origins
Based on the bestselling books and tying into the hit television series, THE EXPANSE ORIGINS reveals the untold origins of the crew members of The Rocinante. As interplanetary tensions reach an all-time high, the crew of The Rocinante finds themselves at the center of a conflict that threatens to destroy all of human civilization. But before they were heroes, each member of the crew faced moments
James Bond (2015-2016)
Beginning "VARGR", the first story in the ongoing James Bond comic series by best-selling writer Warren Ellis! James Bond returns to London after a mission of vengeance in Helsinki, to take up the workload of a fallen 00 Section agent. But something evil is moving through the back streets of the city, and sinister plans are being laid for Bond in Berlin... 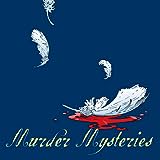 Murder Mysteries
One of the most celebrated writers in the history of comics teams up once again with one of the industry's most accomplished artists! Neil Gaiman and P. Craig Russell once again venture into the world of myth and angels. Constructing and maintaining all of heaven and earth is an immense task, which God has divided up amongst the various ranks and stations of angels. As with any such huge effort, t