Before Skinner and Pearl reunited and the Beast returned-before 1976-the fight to protect humanity persisted.
This special anthology issue presents new stories from the unseen era between American Vampire: Second Cycle and American Vampire 1976, bridging the VMS’ turbulent past with a nation’s uncertain future.
Jim Book and Pearl will test their new partnership on a mission to uncover new DNA technology in the fight against the Beast, Travis, and Gus enjoy a rare carefree moment in exile, and a deathbed vision reveals the truth about George Washington’s pact with the Council of Firsts and America’s role as a haven for persecuted monsters.
See More See Less 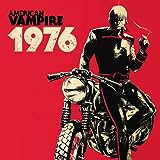 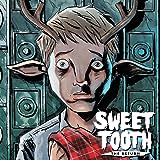 Sweet Tooth: The Return (2020-)
Sweet Tooth: The Return is no re-hash of the original series, but rather a bold re-imagining of the Sweet Tooth mythology; taking elements of the original series and remixing them into something familiar, but totally new. A divided world. A planet long ago past the point of devastation. And at the center of it all, a child who didn't ask to be born into any of this, but who has no choice but to tr 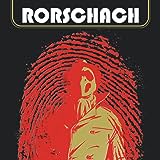 Rorschach (2020-)
"It's been 35 years since Ozymandias dropped a giant interdimensional squid on New York City, killing thousands and destroying the public's trust in heroes once and for all. And since that time, one figure in a fedora, mask, and trenchcoat has become a divisive culture icon. Writer Tom King joins forces with artist Jorge Fornés for a new miniseries that explores the mythic qualities of one of th 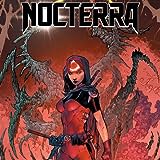 Nocterra
“FULL THROTTLE DARK,” Part One Ten years after the world is plunged into an everlasting night that turns all living creatures into monstrous shades, the only way to survive is to stay close to artificial light. Enter Valentina “Val” Riggs, a skilled ferryman who transports people and goods along deadly unlit roads with her heavily illuminated eighteen wheeler. This March, legendary cre 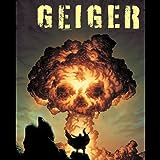 Geiger
The critically acclaimed team of writer GEOFF JOHNS and artist GARY FRANK unites with superstar colorist BRAD ANDERSON to bring their first creator-owned hero to Image Comics! Set in the years after a nuclear war ravaged the planet, desperate outlaws battle for survival in a world of radioactive chaos. Out past the poisoned wasteland lives a man even the Nightcrawlers and Organ People fear. Som