Welcome to the '60s. It's a turbulent time to be an American-especially an American Vampire. While the rest of the nation uneasily watches the spread of communism across the world stage, the three surviving Abominus Americana-Pearl Jones, Skinner Sweet and Calvin Poole-are fighting a battle much closer to home. An evil right underneath their feet.

The Gray Trader, the nearest thing to the devil this world has ever seen, is summoning an ancient beast from the depths of the earth. The original and oldest evil, this abomination would devour the world if freed. To prevent it, the American Vampires will have to fight the Gray Trader on two fronts, with one team targeting a top-secret government stronghold known as Area 51 and the other heading up-way up-into the final frontier!

But can such an ambitious plan succeed when one of their own has already been compromised by the Beast? 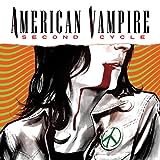 American Vampire
A new strain of vampire has emerged--much more vicious than the traditional variety. Scott Snyder and Stephen King set fire to the horror genre with a visionary, all-original take on one of the most popular monster stories, as they trace the creatures' bloodline through decades of American history! 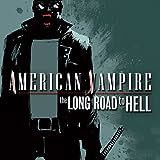 American Vampire: The Long Road To Hell
Fan-favorite character Travis Kidd--the vampire hunter who likes to "bite them back"--makes his return in this AMERICAN VAMPIRE one-shot!
American Vampire: Lord of Nightmares
Hot on the heels of the award-winning AMERICAN VAMPIRE: SURVIVAL OF THE FITTEST, return to postwar Europe and the vampire-hunting agency known as The Vassals of the Morning Star! 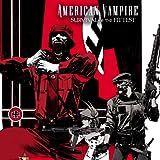