AQUAMAN: THE ATLANTIS CHRONICLES DELUXE EDITION tells of Orin and Shalako, their descendants, and how a once-great civilization rose and fell like the tides, producing heroes and villains and culminating in the birth of the man who would grow to become the King and champion–Aquaman.

When the continent of Atlantis was struck by a meteor, the surviving cities of Poseidonis and Tritonis used an unusual combination of science and magic to protect the people. While King Orin had faith in the science that let his people thrive underwater, his brother, King Shalako, rejected science in favor of worshipping dark powers, setting up a conflict that would mark all who followed. Only Aquaman can resolve the clashing of the two cities! 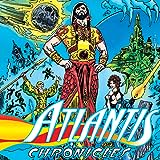 The Atlantis Chronicles
50,000 years ago, she was the jeweled crown of Earth's civilizations. But disaster can strike even the greatest of peoples--and therein lays the story of THE ATLANTIS CHRONICLES! This series contains some material rated T+. 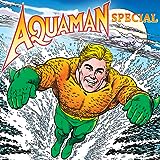 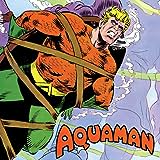 Aquaman (1962-1978)
Aquaman, the King of the Seven Seas, takes the plunge into his very own series. As the King of Atlantis, Aquaman protects not only his people but also all of Earth's oceans from any threat!
Aquaman (1994-2001)
The King of the Seas stars in his very own series written by the legendary Peter David (SUPERGIRL, HULK). Whether on land or in the sea, Aquaman battles against foes with a whole-new look and a whole-new status quo! 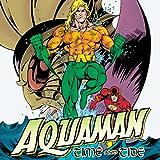 Aquaman: Time and Tide
The King of the Seas returns in this special limited series by writer Peter David (YOUNG JUSTICE) that takes a look back at the aquatic hero's origins and early career while laying the groundwork for the future!