Fangs to Bare
While federal agent Artemis Hood begins to enact her plan to enter the urban dystopia known as Subdivision Nine, the machinations of the masked cyborg and Foolish Sister are interrupted by an aggressive visit from a group of enforcers who answer to a gangster known as the King of Van Nuys. It would seem the so-called king is quite angry and even though the masked cyborg has proven himself formidable thus far, how will he fare against a particularly dangerous group of werewolves and assassins lead by a mysterious woman known only by the street name Darkest Taboo?

Artemis Hood: Fangs to Bare is issue 5 in the Artemis Hood comic book saga. If you dig futuristic science fiction and cyborg on werewolf violence, this series is for you.
See More See Less 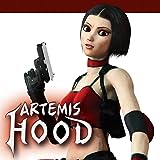 Artemis Hood
The year is 2074, and it has been two decades since creatures previously thought to be mere myth have come out of hiding and changed many aspects of the world as we know it... including law enforcement. Amidst the peacekeepers of this unpredictable new era is a particularly scrappy and resourceful FBI agent named Artemis Hood. 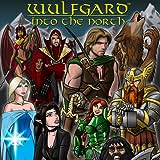 Wulfgard
In the frozen North, a lone wanderer finds himself hunted by a fearsome beast: part human, part wolf. In the Imperial capital, a young elven thief crosses paths with a dark cult. In the city of Rimegard, a princess must hide her secret power as her kingdom prepares for war. And in dark tunnels deep beneath the earth, a clan of dwarves go to war with an ancient demon-worshiping civilization. All of 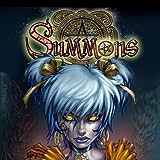 Summons
There is an ancient text that is said to contain all of the world's mystical secrets, filled with spells and incantations of dark and light magic. It is the "Book of Summons". And the forces of darkness have just gotten their claws on it. Now, with the earth's mystic stability imbalanced, it will take a trio of unlikely heroes (a strange teenage girl, an ageless wizard, and a detective with a dark 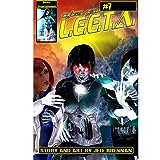 Cyber Girl L.E.E.T.A.
"A woman awakes to find herself in a robotic body with no memory of who she was before, in a futuristic society where technology has gotten out of control. She must evade the S.E.D (Sciences Enforcement Division) and roving gangs to find out who she is. What will she discover?" 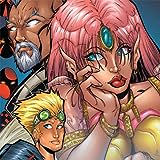 Deity
In the future of Los Angeles, a seemingly normal teenage girl named Jamie is heir to an ancient and unimaginable power. Hunted throughout Los Angeles by the sinister and bloodthirsty Ma'Shiva, Jamie fights to stay alive with help of three bold adventurers: Diamond, a hot-blooded gunslinger; Lucius, a dragon prince; and Tommy, a young cyber-Shaolin monk.