Introducing Remi, a young and energetic explorer and relic hunter, whose boundless curiosity leads to a startling discovery beyond anything she could have imagined! Along with her alchemist father, Remi works in secret, away from the prying eyes of the ruling clerics who lord over the realms of her world with their ancient decrees and strict devotion. Remi has her own sense of dedication - Her heart to adventure and her mind to the truth. But, what happens when that truth could change the fate of her entire planet, and destroy the very fabric of her civilization? An all-new Aspen Comics action-adventure epic debuts from the mind of creators Vince Hernandez (Michael Turner’s Fathom: Kiani, Charismagic) and J.T. Krul (Michael Turner’s Soulfire, Jirni) with breathtaking illustrations from newcomer Romina Moranelli! 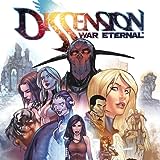 Dissension
In the not so distant future… The U.S. has spent several years embroiled in a conflict with the invading forces of China. In the war zone of the American Southwest, small bands of freedom fighters have formed to help guide refugees away from the destruction. Isabel Vasquez, known to her squad as "Delphi", has been leading rescue missions inside the combat zone for years. Escorting those displac 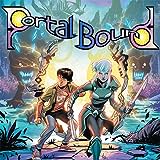 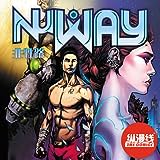 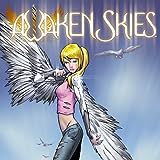 Awaken Skies Vol. 1
A new world of flight prepares to take the Aspen Universe by storm! In the Gothic Quarter of Barcelona, Spain, a covert scientist discovers that possessing valuable data that could change the world comes with a dangerous price. However, it may be far too late for him to escape before the powers that be come to collect! Meanwhile, on the other side of the world, a loving suburban family makes a s