As Before, So Behind

Series
As Before, So Behind

In November of 2017, my spouse and I lost our infant son shortly following his birth due to complications during labor.

In the wake of this tragedy, as an attempt to process what had happened, I began to write a narrative that I hoped might give context, rescue fragile details from fading memory, and allow me to speak to my son one last time. The initial attempt for this work appeared in the first-ever print issue of The Nib, as well as on their website.

Due to space considerations in the print run, the work was greatly truncated. I have since pursued a longer edit, adding other avenues of thought, extending the language of the piece, and giving moments I felt required further contemplation more breathing room.

What follows is an attempt to speak to the living, as well as the dead.
See More See Less 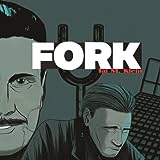 FORK
There's no shortage of intrigue and lore surrounding Nikola Tesla's death. Some say his biggest dream was to find a way to beam limitless power directly through the air. In 1934, Tesla claimed that his research had resulted in an incredible new discovery: a device that could kill from miles away with electricity. But what he invented, what killed him was not a death ray... It was a time machine. 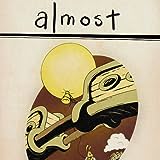 Almost
There are many adventures throughout this strange galaxy concealed within a quilted cosmic fabric. Shortly after an almost butterfly brings a new dawn, a lost kid astronaut is chased from one wild planet to another by The Great Galactic Traveling Circus for presumably kidnapping their Spectre of Travel. 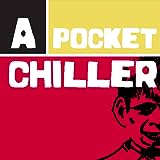 A Pocket Chiller
The nightmares that won't let you sleep, now available everywhere you go 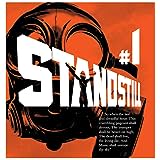 Standstill
The first explosive issue follows the survivors of a global pandemic where 90% of the human race suffers from a mysterious paralysis.