Astro City, after dark: What becomes of the world of wonders-of noble heroes and sinister villains-once the sun retreats? Walk the night streets of Astro City to discover the secrets of the reclusive Confessor-and face a crisis that could destroy the city and everyone in it.

After leaving his rural home and working his way into the superhero scene as a busboy and waiter, Brian Kinney attracts the attention of Astro City's vigilante, Confessor. Dubbed "Altar Boy," Brian becomes the Confessor's sidekick just in time to witness Astro City suffer under the looming threat of a serial killer on the loose. As shadows approach and the city's leaders move to ban superheroes altogether, Brian is forced to question the actions of his mentor. Will their partnership be doomed before it can even begin?

From acclaimed creators Kurt Busiek, Brent Anderson and Alex Ross, this second volume collects ASTRO CITY #1/2, 4-9. It also features ASTRO CITY: A VISITOR'S GUIDE, a comprehensive guidebook to the city, covering its history, neighborhoods, fine cuisine and more, and including "Our Brightest Stars," a gallery of Astro City's heroes, drawn by a virtual who's who of superstar talent.
See More See Less 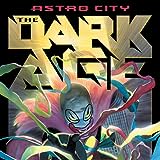 Astro City: The Dark Age (2005-2009)
Presenting a group of four-issue limited series stretching across Astro City's darkest era. Find out why the '70s were so troubled through the eyes of two men who survived the depths of it: two brothers, who must deal with family secrets and social upheaval, involving heroes from Jack-in-the-Box to the Blue Knight. NOTE: all four Books of the DARK AGE storyline are included here.
Astro City (1995-1996)
Kurt Busiek explores what life would be like in a world of superheroes and super-villains. ASTRO CITY pulls back the curtain and examines the lives of super-powered individuals both inside and outside of the costume. 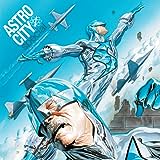 Astro City: Special
The adventures of Astro City return in a 40-page Special! His name is Supersonic, and he was one of the greatest heroes of the 1960s. Today, though, he's long-retired--but he's the only man who can save Astro City from a rampaging engine of destruction.
Astro City (2013-2018)
Welcome back to ASTRO CITY, where super heroes and super villains abound! But it's not always their stories that get told, they share the stage with aliens, mythical contructs and, of course, regular folks, too.