The story of Captain Levi, Attack on Titan's most beloved character, collected in a single, 400-page hardcover in glorious full color!

The Complete, Color Saga of the Thief and the Soldier

In Attack on Titan, Erwin Smith and Captain Levi are an inseparable duo, the calculating brain and pumping heart of the Survey Corps. But their past was a mystery, until the release of the globally-acclaimed bestseller Attack on Titan: No Regrets. Years earlier, the young Erwin was an ambitious military ladder-climber and political prodigy, while Levi lived in another world under the elite's feet, the Underground. In this place, humans are born and die surrounded by the garbage the Capital throws away, and only the lucky or the ruthless have a chance to emerge onto the surface and see the Sun. Under a fierce exterior, Levi longs for a life of dignity for himself and his friends, while Erwin's lifelong obsession with the Titans drives him to depths of moral ambiguity. The two men's collision course will lead to tension, tragedy, and the greatest team of Titan-fighters humanity will ever know. 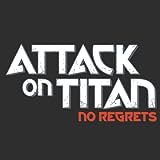 Attack on Titan: No Regrets
THE THIEF AND THE SOLDIER The young Erwin Smith is a rising star in the Survey Corps, humanity's only hope of defeating the man-eating monsters known as Titans. Ruthless and dispassionate, Erwin's mind is devoted to strategies and intrigue. But beneath Erwin's feet is another world, the Underground, where humans are born and die surrounded by the garbage the Capital throws away. Here, the criminal 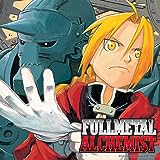 Fullmetal Alchemist
Alchemy: the mystical power to alter the natural world; something between magic, art, and science. When two brothers, Edward and Alphonse Elric, dabbled in this power to grant their dearest wish, one of them lost an arm and a leg...and the other became nothing but a soul locked into a body of living steel. Now Edward is a agent of the government, a slave of the military-alchemical complex, using h
Freelancers
Val and Cassie are two women trying to make it in L.A...who just happened to grow up in a Kung Fu Orphanage, and now make their way in an ultra-competitive world of bounty hunting . They've watched each others' backs since they could stand, and those bonds are tested daily as they navigate a city where loyalty usually only runs as deep as one's bank account. Val and Cassie take the most dangerous
Assassin's Creed: Awakening
Jump back into the world of Edward Kenway, lead character of the best-selling fan favorite game, Assassin's Creed: Black Flag, in this beautiful manga adaptation. Return to the Golden Age of Pirates once more and relive the adventures of the brilliant young captain! 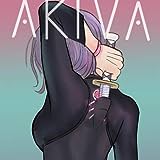 Akiva
"Karma, alone, is too slow to curtail the wickedness of men." - The Originator Humanity had hoped that through technological and scientific advances that they'd become galactic utopian societies. This is not the case. The futuristic promises of America in the twenty-first century were merely a façade for what they are, which is a multi-generational caste system living in a dys