Thanos, scourge of the cosmos, has acquired the Infinity Gems, granting him control over the entire universe. With the power of the gems, he destroyed half the population of all worlds, including many of the Avengers and half the Fantastic Four. The only force standing in his way is what's left of the Avengers. But how can a ragtag group of heroes and villains--including Spider-Man, Wolverine, Ms. Marvel and Doctor Doom--overpower the unstoppable? Plus: See where the saga began in the classic Infinity Gauntlet #1.
See More See Less 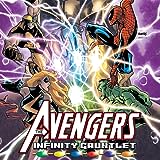 Avengers & The Infinity Gauntlet (2010)
The evil THANOS has acquired the Infinity Gems, granting him control over the entire universe. He's destroyed half the population of all worlds. The only force standing in his way? THE AVENGERS! But how can a ragtag group of heroes and villains (!) overpower the unstoppable? 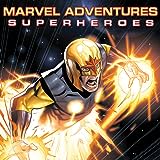 Marvel Adventures Super Heroes (2010-2012)
Captain America, Iron Man, the Black Widow, Thor, the Vision, Nova, and the Invisible Woman...a powerful collective of the greatest heroes the world has ever known. They are the Avengers, and they want it known they're here to stay. But when Magneto and his Brotherhood of Mutants threaten to destroy several major cities unless their demands for mutant supremacy are met, the Avengers are forced to 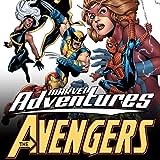 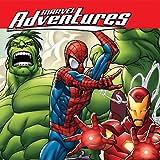 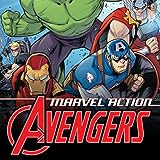 Marvel Action Avengers (2018-2020)
Collects Marvel Action: Avengers #1-3. A new era of all-out Avengers action begins! A new team is formed to battle a mega-sized threat that is weirder and wilder than any the superheroes have met before! The New Danger will be the perfect opportunity for middle grade readers, and fans of all ages, to experience the thrilling adventures of Avengers comics for the first time!