Avengers: Vision and the Scarlet Witch - A Year In The Life

In a world full of heroes, villains, and monsters, there are few stranger phenomenons than the marriage of a mutant witch to a heroic synthozoid! As this unlikely couple settles into their home in Leonia, New Jersey, they find themselves at odds with the members of their complex families, including Ultron, the Grim Reaper, Quicksilver, and Magneto! And when Wanda uses the power of a village of witches to make herself pregnant, the happy twosome becomes a happy foursome when twin sons William and Thomas are born, the future Wiccan and Speed of the Young Avengers! Plus, the dissolution of Crystal and Quicksilver's marriage! Featuring the threats of the Lethal Legion, Salem's Seven, Samhain, the Toad, the demons of Zor, the Enchantress, and the Grim Reaper! And guest-starring Dr. Strange, Power Man, Spider-Man, and the Avengers!
See More See Less 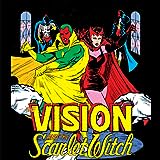 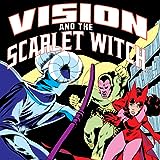 Vision and the Scarlet Witch (1982)
The Avengers' odd couple star in their own mini-series! Scarlet Witch and Vision have enough challenges in their marriage; she is a hot blooded mystic mutant, while Vision is a calculating automaton. Together they are an unstoppable force in battle. In their first issue, Scarlet Witch faces a gaggle of demonic foes on Halloween. Good thing she brought back-up! 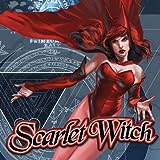 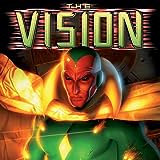