The super-criminal Bane is determined to claim his place as the greatest villain who has ever lived!

In the dark waters off the coast of Gotham City, a mysterious crew of smugglers has made a deadly mistake-they tried to bring weapons of mass destruction into Bane’s city!

After tracing the illicit arms back to their source, Bane and his henchmen uncover a criminal conspiracy that seems to span the entire globe and encompass every illegal activity under the sun.

But if there really is a secret empire behind all of the world’s crime, Bane should-nay, must-be the one running it. And no one-not assassin cults, super-hackers, Catwoman or Batman himself-is going to stand in his way!

Twenty-five years after bringing Bane to life in Batman: Knightfall, creators Chuck Dixon and Graham Nolan reunite to tell the most epic tale yet of one of Batman’s most dangerous foes! Collects issues #1-12.
See More See Less 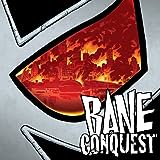 Bane: Conquest (2017-2018)
The co-creators of Bane make a triumphant return to the character, with a twelve-issue series that will push him to the limit! Bane is seeking to create a global criminal empire with the help of his original gang, Bird, Trogg, and Zombie. The Man Who Broke The Bat moves beyond Gotham to find new cities to conquer and new enemies to crush. He won't stop until he stands at the top of the world of cr 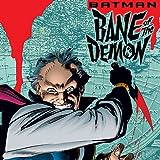 Batman: Bane of the Demon
Bane returns to Santa Prisca, the island nation of his birth, to reclaim it as his own. But before he can embark on another chapter in his ongoing saga, he crosses paths with the only other person on the planet that can claim to be Batman's equal: Ra's al Ghul.
Batman: The Dark Prince Charming (2017-)
Acclaimed European comics master Enrico Marini (Eagles of Rome, Le Scorpion) makes his American comics debut with an original, two-part graphic novel starring the Dark Knight! What secret connection do both Batman and The Joker share with a strange and mysterious young girl? After she’s kidnapped by The Joker, Batman must plunge deep into the underworld of Gotham City and race against time to fi 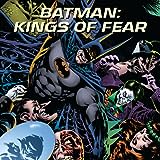 Batman: Kings of Fear (2018-2019)
Legendary artist Kelley Jones makes his triumphant return to the Dark Knight in this explosive miniseries written by former BATMAN editor Scott Peterson! Batman's been overseeing Gotham City for years now and isn't sure how much of a difference he's making. Doubt, fear and insecurity are starting to take over. And as all of those negative feelings set in the Scarecrow orchestrates a riot at Arkham 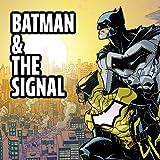