John the Bastard is the world’s most dangerous supervillain; his name alone has struck fear into the hearts of most heroes for decades. But now John finds himself in the crosshairs of a talented upstart, and only Secret Service protection specialist Ezekiel Sweet can keep John safe from the swarm of psychopaths heading his way. With Sweet a reluctant guardian, a traitor in their midst, and John’s skills markedly slipping, who will survive the ultimate showdown?

BASTARD’S WALTZ is a super-powered, adult, crime/conspiracy thriller similar in tone to SUPER-CROOKS by Mark Millar mixed with the Clint Eastwood film IN THE LINE OF FIRE. Or, think WANTED meets MAN ON FIRE. 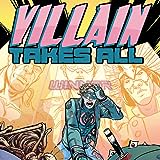 Villain Takes All
Amp is brand new to the supervillain game. Young, powerful, but woefully inexperienced, he holds a secret that grants him an invitation few in his position ever have... Leviathan, the most powerful villain in the world, has put out the word. He's looking for the ideal candidate to add to his criminal empire. Villains, from shadowy assassins and diabolical geniuses to professional thieves and ev 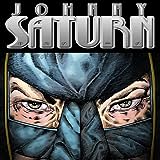 Johnny Saturn
"Johnny Saturn," it's like mythology, with superheroes, in the Midwest. His is a world of high-flying, trendy superheroes who live like celebrities, and a shadowy, back-alley world where mystery men, those old school vigilantes who rely on their fists and indomitable wills, wage lonely wars on crime. "Johnny Saturn" is a heady blend of horror, conspiracy theory, superheroes, the paranormal and cla 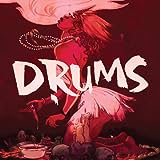 Drums
In our world there exists an ancient religion with many names and many disguises: Candomble, Palo Mayombe, Santeria... Voodoo. FBI agent Martin Irons is sent to investigate the sudden deaths of an entire gathering of followers at a ceremony, an assignment horrible enough before one of the mangled corpses rises and leads him on a sinister path. A new horror story with possesions, santeros, zomb