Cassandra Cain is a fighter like no other. At only 17, the teenage assassin takes down enemies three times her size without batting an eye. But her incredible skills come at a cost: unable to speak or write, Cassandra instead reads body language as naturally as breathing-an ability that makes her even deadlier.

After Batman witnesses her save the life of Commissioner Gordon during the events of No Man's Land, the Dark Knight sees in Cassandra the successor to the Batgirl name. Now, under the tutelage of Barbara Gordon-the original Batgirl herself-Cassandra Cain must find a new purpose and make amends for her violent past.

But can someone who was born to kill ever be worthy to take up the cowl of a fallen legend?

Batgirl (2000-2006)
Trained from early childhood by a notorious assassin, Batgirl Cassandra Cain has the uncanny ability to sense her opponents' movements before they happen. But now that she's living and working in Gotham, can she live up to the expectations of her mentor, the Batman? 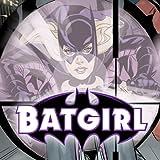 Batgirl (2009-2011)
In the wake of FINAL CRISIS, a new heroine took on the cape and cowl and mantle of Batgirl: the former vigilante known as Spoiler, Stephanie Brown! But her ascension into the role might not sit well with the other members of the Bat Family!
Robin (1993-2009)
With Batman at his side or off on his own, Tim Drake protects the streets of Gotham by night while simultaneously trying to lead a normal teenage life by day. Writer Chuck Dixon returns once more to the Boy Wonder Tim Drake—this time for the young hero's very own ongoing series! 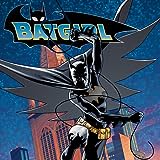 Batgirl (2008)
Spinning out of her appearances in the Bat-Family titles, Cassandra Cain, the deadly ninja known as Batgirl, flies solo in her own limited series. But before Cassandra can head toward the future, she first needs to deal with the past--namely, confronting her father! 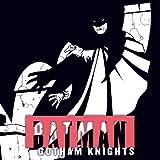