In this first volume of the critically acclaimed ZERO YEAR storyline, the #1 New York Times bestselling creative team of Scott Snyder and Greg Capullo present an astonishing new vision of the Dark Knight's origin-and his first encounters with the Riddler, the Red Hood, and others!

Before the era of superheroes began-before the Batman spread his wings to protect the innocent and punish evil-Gotham City's prodigal son, Bruce Wayne, had been missing for years. But this was exactly the cover of darkness Bruce needed. Patrolling Gotham's streets, in a series of disguises, he began a career as a faceless vigilante. 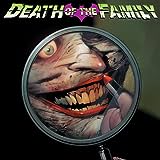