Question: What wicked genius leaves clues for The World's Greatest Detective to lead to his capture, only to arrogantly flaunt how he can cleverly elude it?

The most madcap exploits of Gotham's resident puzzling prodigy are collected here in BATMAN ARKHAM: THE RIDDLER! As a criminal mastermind with a propensity for perplexity, Edward Nygma has historically been Batman's utmost intellectually astute adversary. With a wayward acumen for wreaking havoc, his wits are unmatched. Almost.

Batman (1940-2011)
Born into affluence, Bruce Wayne was fundamentally changed the night his parents were murdered before his eyes. From that day on, Bruce trained his mind and body beyond peak human perfection to become Batman--a symbol of terror, striking at the hearts of criminals and villains across the globe.

Detective Comics (1937-2011)
Bruce Wayne has trained his body beyond the peak human perfection; he's trained his mind to focus on minute details to deter criminal enterprises. As the Batman, he's a symbol of terror, striking at the hearts of criminals and villains across the globe.
Batman: Legends of the Dark Knight
A rotating roster of the world's top comic book creators deliver unique tales starring Batman in this acclaimed anthology series! Spanning the career of the Dark Knight, these stories celebrate all aspects of the World's Greatest Detective. 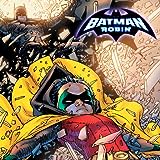 Batman and Robin (2009-2011)
In Bruce Wayne's absence, Gotham City needs a new Batman. Dick Grayson takes up his former mentor's cape & cowl...and trains Damian Wayne as his own Robin! This is a whole new kind of Dark Knight: but is he what the city needs? Or just what it deserves?
Batman: Knightfall
The Dark Knight's greatest enemies have all simultaneously escaped from Arkham Asylum and are preying on Gotham City. With his city under siege, Batman pushes his body to the limit as he takes on The Joker, the Mad Hatter, Poison Ivy, Killer Croc, The Riddler and the Scarecrow. But things get much worse when Bane, the man behind all the madness, confronts an exhausted Batman...