The Dark Knight is finally facing an enemy that even he can't defeat—a deadly, custom-engineered virus that will drive him mad and then kill him within a week. But Batman isn't the only one infected...the homicidal madman known as the Joker is also stricken.

Now, the two mortal enemies must rely on each other if either one is to survive. As they follow the clues, their search fo8r the man who targeted them has them crisscrossing Europe—following clues in Berlin, fighting automatons in Prague, haunting the Paris catacombs and more.

Can Batman and Joker survive working together? Or will the Dark Knight and his deadliest enemy die together, far from Gotham City? 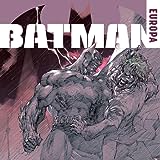 Batman: Europa (2015-2016)
Superstar artist Jim Lee returns to the Dark Knight with this premiere issue! The impossible has happened and Batman is on the verge of being taken down by an enemy he cannot defeat: a virus for which there is no cure! And the only hope for his salvation is The Joker! Who infected Batman, what does the Clown Prince of Crime know, and how will the Dark Knight get that information? Together, the ene 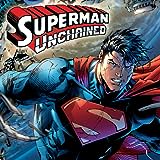 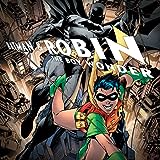 All-Star Batman and Robin, the Boy Wonder
The all-new saga of Batman and Robin begins here! The people responsible for some of comicdom's greatest tales, Frank Miller (BATMAN: THE DARK KNIGHT RETURNS, Sin City) and Jim Lee (BATMAN: HUSH) team up for the first time to bring you Batman and Robin like you've never seen them before in this imaginative reinvention of these classic characters that will have your eyes popping and your head spinn 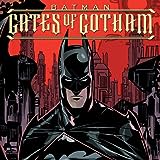 Batman: Gates of Gotham
A decades-old mystery involving the founding fathers of Gotham City arises in the present day. Batman assembles a team of detectives to unravel the historical tapestry of clues to solve the mystery before it's too late!
Batman: The Dark Prince Charming (2017-)
Acclaimed European comics master Enrico Marini (Eagles of Rome, Le Scorpion) makes his American comics debut with an original, two-part graphic novel starring the Dark Knight! What secret connection do both Batman and The Joker share with a strange and mysterious young girl? After she’s kidnapped by The Joker, Batman must plunge deep into the underworld of Gotham City and race against time to fi