As Gotham City’s guardian, Batman has investigated nearly every kind of murder—but he’s never seen a homicide as strange as this. The death of Lamont Cranston, an Arkham Asylum employee, leads the Dark Knight Detective to an impossible conclusion: the crime was committed by a man also named Lamont Cranston, who died more than 50 years ago—a man better known as the Shadow.

The Shadow is definitely alive and kicking, however, and once Batman picks up his trail he will stop at nothing to bring him to justice. But it soon becomes clear that the hunter and his quarry are both entangled in a much larger web of evil—a conspiracy that threatens everything they have sworn to protect.

Now Batman and the Shadow must put aside their differences to stop a terrifying new foe called the Stag, who has set his sights first on Gotham and then the world. And this merciless monster has a partner of his own: the Clown Prince of Crime himself, the Joker.

Can the Shadow and the Bat stop this unholy alliance? Or will these two brilliant crime-fighters fall victim to the twisted genius of their archnemeses?

Batman/Shadow (2017-)
Two of history's greatest vigilantes are reunited at last! Murder has come to Gotham City, and Lamont Cranston appears to be the culprit...but he's been dead for over fifty years! Batman will go to the ends of the Earth to unravel the mystery of Cranston's life, but the mysterious Shadow will do everything in his power to stop him from learning too much... The superstar team of writers Scott Sn

The Shadow/Batman
The World's Greatest Mystery. The World's Greatest Detective. They can barely stand each other, so how will they possibly deal with the World's Greatest Evil? What legacy can two of the world's most enduring icons of justice leave once they discover an ancient evil has been living inside the world they protect for centuries, attached to its heart. Can Batman and the Shadow save the world without k
The Shadow/Green Hornet: Dark Nights
A threat so titanic that it forces The Shadow to team-up with The Green Hornet! A plot so deadly that it involves real events in history and such famous and infamous people as Woodrow Wilson, Rasputin, J. Edgar Hoover, Franklin D. Roosevelt, and Nikola Tesla! An unstoppable power will plunge the world into darkness... and no one but our two crime-fighting icons can stop it! Written by Michael U
The Shadow Vol. 2
A ruthless cabal of magicians is searching for the secret to the Last Illusion, and they'll stop at nothing to achieve their goals. But the person who knew the most about the mysterious rite is dead, and he shared his secret with one man -- the Shadow! Now, the Shadow faces some of his strangest foes as he engages in a deadly game where he might be the hunter... or the hunted. 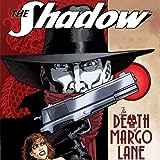 The Shadow: The Death of Margo Lane
Legendary creator Matt Wagner returns to both write and draw an all-new tale for the first and most famous of all pulp heroes, The Shadow! Following his critically-acclaimed work on The Shadow: Year One and Grendel vs. The Shadow, Wagner once again lends his masterful talents to unveil “what evil lurks in the hearts of men.” In a storyline that is sure to rock The Shadow’s relentless crusade