At the height the 1960''s Batman television shows popularity, a shonen manga magazine in Japan serialized fifty-three chapters, starring The Dark Knight, which were all written by Jiro Kuwata. These rare Batman tales were known by relatively few outside of Japan until award-winning designer Chipp Kidd''s 2008 book, Bat-Manga!: The Secret History of Batman in Japan (Pantheon Books), introduced them to a whole new generation of Batman fans.

In BATMAN: THE JIRO KUWATA BATMANGA VOL. 1, see The Dark Knight and his sidekick Robin fight against some of his strangest villains, including Dr. Faceless and the Human Ball! DC Comics is proud to publish the complete Jiro Kuwata penned Batman Manga adventures in three painstakingly restored and translated volumes.

This collection is not to be missed by both Batman and Manga fans alike! BATMAN: THE JIRO KUWATA BATMANGA VOL. 1 collects the first nineteen chapters.
See More See Less 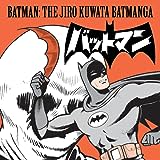 Batman: The Jiro Kuwata Batmanga
In the 1960s, during the height of Bat-mania, mangaka (comic book creator) Jiro Kuwata was commissioned to write and draw a series of original Batman comics for the Japanese market. Many Western readers were only recently introduced to the existence of this unique take on the Caped Crusader. Now DC Comics presents the series in its entirety for the first time, fully translated and unabridged! N 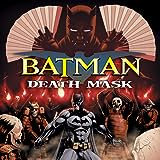 Batman: Death Mask
Written and illustrated by Yoshinori Natsume. Manga superstar Natsume (creator of Togari) debuted his unique vision of the Dark Knight with the miniseries collected in this compact, manga-sized edition! There's a new serial killer in Gotham, who may have ties to the young Bruce Wayne's training in Japan. But does the murderer know Bruce Wayne is the Batman? Did his past experience somehow lead to
Astro Boy
Dark Horse proudly presents one of the crown jewels of manga - Astro Boy! Created by the late Osamu Tezuka, a revered animator and cartoonist (who created over 150,000 pages of comics in his career!) considered the Walt Disney of Japan, Astro Boy was the first manga series to be adapted to animation and became a worldwide phenomenon, making Astro Boy the Mickey Mouse of anime-a jet-powered, super- 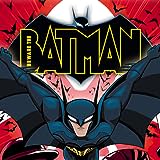 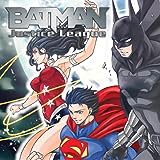