As a part of the acclaimed DC Comics--The New 52 event of September 2011, Batwoman's new series finally begins! The creative team of J.H. Williams III and W. Haden Blackman launch the ongoing Batwoman series, as Batwoman (a.ka. Kate Kane) faces deadly new challenges in her war against Gotham City's underworld-and new trials in her personal life.
Who or what is stealing children from the barrio, and for what vile purpose? Will Kate train her cousin, Bette Kane (a.k.a. Flamebird), as her new sidekick? How will she handle unsettling revelations about her father, Colonel Jacob Kane? And why is a certain government agency suddenly taking an interest in her? These are some of the questions that will be answered in this long-awaited series! This deluxe edition collects issues 0-5 of Batwoman, part of the DC Comics--The New 52 event.
See More See Less 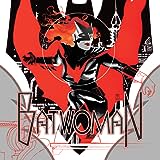 Batwoman (2010)
This special #0 issue acts as a new introduction into the life of Batwoman! Things pick up roughly where the BATWOMAN: ELEGY story left off, and this issue acts as a primer for the upcoming new series featuring multiple award-winning creators!
Birds of Prey (2011-2014)
One is wanted for a murder she didn't commit. The other is on the run because she knows too much. They are Dinah Laurel Lance and Ev Crawford--Black Canary and Starling. Together, as Gotham City's covert ops team, they're taking down the villains other heroes can't touch!