A notorious serial killer known as Red Smile is slaughtering his way through California - for years he evades and even taunts the police with his riddles and codes, daring them to catch him before he kills his next victim. Brian Warner and his partner Marcus James Reed are the two cops trying to take Red Smile down.

After years of failing to catch or even identifying the killer, Brian comes up with a new plan. An online manhunt urges the entire country to join in with any information regarding the identity of the killer. Red Smile, however, is also treading new grounds when he creates the Red Shirts, gangs of thugs and murderers that all wear a red shirt and operate under one banner: To make their idol, Red Smile himself proud!

But now a third party joins this dynamic: Black Shadow, a lone vigilante with the single goal to stop Red Smile, his Red Shirts and bring down anyone who is threatening the safety of the people of Los Angeles. This new dynamic leads the L.A.P.D. to not only ask who Red Smile is, but also where Black Shadow comes from and what his part in this is. While nobody really knows his true motives, the police, especially Detective Reed, are not particularly happy about a reckless vigilante in their city and while Marcus accepts Black Shadow's work, some cops even consider him to be as dangerous as Red Smile himself.
See More See Less 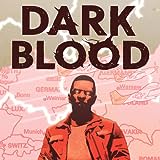 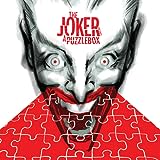 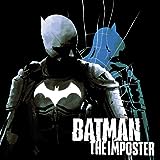 Batman: The Imposter (2021-)
Bruce Wayne's mission as the Batman has only been underway for a year or so, but he can tell he's making a difference. Unfortunately, he's made some powerful enemies. All the traditional power brokers of Gotham resent the disruption the Batman has brought to town...and it seems one of them has a plan to neutralize him. There's a second Batman haunting Gotham's rooftops and alleys-and this one has 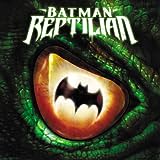 Batman: Reptilian (2021-)
What strikes fear into the hearts of those who terrorize Gotham? It used to be Batman, but something far more frightening than a mere man stalks the shadows-and it’s after Gotham’s villains. How savage must a monster be to haunt the dreams of monsters? Pick up these dark and bone-chilling tales to find out!