On a snowy night in Prague, Black Widow must fight her way out of disaster alongside the Winter Soldier! And as Isaiah's London business turns complicated, Natasha finds herself fighting against - or alongside? - the Punisher for access to a deadly criminal network. But trapped on an exploding oil rig with Crossbones and his Skull Squad, will Frank and Natasha complete their missions - or take each other out? Then, Hawkeye is back! But could his fight with the Widow cost Isaiah his life? And in the wake of Wolverine's death, Black Widow bonds with the despondent X-23 over punching and espionage, and teams up with the Howling Commandos for a dangerous mission in Afghanistan. But what will the Avengers do when they learn how Natasha has been spending her days off?
See More See Less

Black Widow (2014-2015)
You've seen Black Widow as an Avenger and even an Agent of Shield. But on her own time she searches for atonement for her past as a KGB assassin--in ways of which those teams just wouldn't approve.

Black Widow (2016-2017)
S.H.I.E.L.D.'s Most Wanted! The Eisner Award-winning team of Mark Waid and Chris Samnee are taking Black Widow on the lam! Natasha has spent years gathering secrets, and when some of the darkest ones begin mysteriously going public, no one is safe. With her betrayed former confederates at S.H.I.E.L.D. on her heels and a lifetime of training and ingenuity at her disposal, Natasha's out for answers 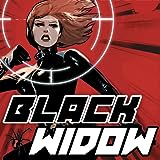 Black Widow (2010)
The deadly super-spy from IRON MAN 2, INVINCIBLE IRON MAN and CAPTAIN AMERICA in her own ongoing series! Who could be deadly enough to get the drop on the Black Widow? And what connections do they have to some of her closest super hero friends...? 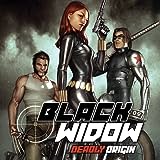 Black Widow: Deadly Origin (2009-2010)
The mysterious new enemy ICEPICK PROTOCOL has vowed to kill off everyone that Natasha Romanova- AKA the Black Widow loves! What will the Black Widow do when target number one hits a little too close to home? 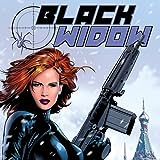 Black Widow (2004-2005)
The Black Widow is BACK! Discover new secrets about Marvel's most infamous undercover agent.