Thrilling adventures of Marvel’s deadliest superspy! Natasha’s shadowy past once again threatens all she holds dear in a globe-hopping thriller! As the Black Widow’s house of cards comes crashing down around her, what will she do to keep her deepest secret buried? When a senator is seduced and assassinated, why does the trail followed by his journalist son lead back to Natasha? Meanwhile, espionage agents around the world are being assassinated by an all-new Ronin! The next two targets: Black Widow and Mockingbird! But Hawkeye is determined to unmask the killer! Let the spy games begin!
See More See Less 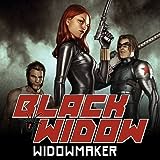 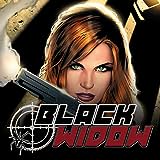 Black Widow: Welcome To The Game
Collects Black Widow (2004) #1-6, Black Widow: The Things They Say About Her (2005) #1-6. The deadliest agent in the Marvel Universe has finally gotten out of the spy game! The Black Widow's not asking much — just a life of her own. But an assassination attempt provides a harsh reality check, kicking off a string of international killings that leads Natasha Romanoff back to a Russia she can b
Black Widow (2014-2015)
You've seen Black Widow as an Avenger and even an Agent of Shield. But on her own time she searches for atonement for her past as a KGB assassin--in ways of which those teams just wouldn't approve.
Marvel Knights Black Widow by Grayson & Rucka: The Complete Collection
Collects Black Widow (1999) #1-3, Black Widow (2001) #1-3 and Black Widow: Pale Little Spider #1-3. Natasha Romanoff has always led a life of adventure. A former Soviet spy, she defected to the West and became a super hero and Avenger. Natasha has earned a reputation as a consummate professional, coldly efficient and deadly as her namesake. But now, her time as Black Widow may be running out! Y
Black Widow (2019)
Collects Black Widow (2019) #1-5. Jen and Sylvia Soska — the Twisted Twins — tell a story of vice, violence and vengeance! Natasha Romanoff was trained to kill. For years now, she's tried to overcome that programming to side with the angels — to be a hero. And where did that get her? Killed. By one of the few true friends she allowed herself to have. Now the Black Widow is back from the d