After participating in a new drug trial, Frances Joiner thinks her days of anger issues and hallucinations are behind her, and she can finally lead a normal life. Unfortunately, now a harmless piece of chocolate transforms her into an eight foot grizzly bear. An eight foot bank robbing grizzly bear. With the FBI hot on her heels and the realisation that she may not be the weirdest thing in town, can Frances face her fears, separate reality from hallucination, and accept who or what she really is? 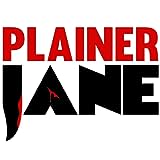 Plainer Jane: A Means to an End
The darkly comic story of Jane Pearson, a seemingly ordinary teenage girl who becomes a brutally efficient killer for hire. With no training, no special skills, just her own cunning, brutality, and fearlessness, Jane leaves a trail of bodies behind her, ultimately going head to head with the feared and secretive criminal gang, The Nexus, in a war that could ultimately cost not only her life bu 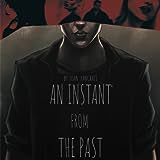 An Instant from the Past
Oliver Blair discovers that he possesses the power of premonition, which allows him to see fragments of the past or the future by being in contact with objects or people. Working as a medium for the police department, Oliver investigates with detective Mark Hope a series of murders committed by "the killer of the lily", a serial killer whose victims are found next to a lily flower. As the investig 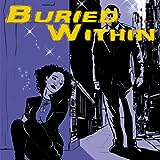 Buried Within
If the mafia has a problem, there's one man they call -- Frank Rizzo. He is a freelance fixer who cleans up other people's messes with effortless ease. How does he do this? He has a secret. His teenage niece -- Val. She is blessed with a psychic ability, that many would call a curse. When she comes into contact with another person, she can see what is buried within. She sees things you conceal dee
Chained to the Grave
Outlaw Roy Mason has come back from the dead, chained to the headstone that marked his grave. It's a lawless time, a magical time, and the undead Roy soon finds himself caught between a rock and a hard place as he sets out in search of treasure. But Roy, trying to do right by the wife and children he left behind, soon finds out that everything is not always as it seems...