“These are strong, realized women capable of wondrous feats, and Bennett ensures that they remain the heroes of their own stories.” —IGN

“Knocks it out of the park.” —Comics Alliance

Years ago, before she became the battling Bombshell known as Batwoman, Kate Kane and Renee Montoya loved and fought together in the Spanish Resistance, and even formed a family with their adopted son Jasón. But their lives were turned upside down, and Kate found a new life and a new love for herself in Gotham City.

Now Kate is back in Spain, working with Renee once again to save the country from a tyrannical ruler...only this time the despot has unstoppable occult powers. His name is Black Adam, and he’s lived for millennia seeking the moment he can gain control of the powers of life and death.

Batwoman, Renee and Black Adam are all defined by whom they’ve loved and lost. But beneath the ancient streets of Madrid, a mystical labyrinth conceals the means to bring life back to the dead: a Lazarus Pit.

With this incredible power, will Black Adam gain the final piece he needs to crush the entire world under his heel? Or will the dead have their own say in it? 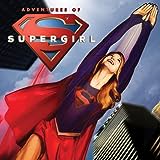