This second issue in the 6-issue mini-series continues the story of Samuel Hunter, Caitlin, O'Sullivan and Granville Woods as they battle supernatural forces in late 1800s Boston. Harry Houdini brings Hunter to a secret group of some of the greatest minds of the century, where they are studying the supernatural entity known as "The Shifter". But elsewhere, something is murdering people in the streets! Can the Boston Metaphysical Society stop the slaughter?
See More See Less 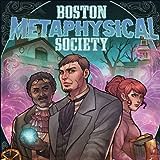 Boston Metaphysical Society
The year is 1895. Imagine an alternate Steampunk history where ghosts and demons are a normal part of life. Families known as the "Great Houses" control the economy of the Great States of America and the middle- and lower-class Irish's sole purpose is to not only serve them, but to rid their lives of supernatural beings. This is the story of an ex-Pinkerton detective, a spirit photograph 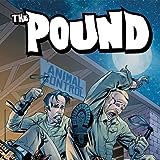 The Pound: Horror Business
What do two, unemployed, municipal animal control specialists do when their city is infested with monsters? They open a facility, "The Pound," dedicated to the capture and rehabilitation of unregistered monsters. What they don't realize is their community service is putting a serious kink in the original four monsters' plans for all-out Armageddon! 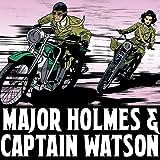 Major Holmes & Captain Watson
When Major Sheffield Holmes, nephew to the great detective, and his mysterious American partner Capt. Imogen Watson solve a grisly murder in London's East End in 1914, they uncover a dark cabal that threatens to destroy the Holmes family and plunge the world into global war! 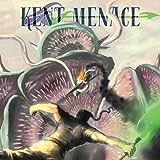 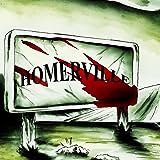 Homerville: Hell Trip
Homerville is a fictional small town in Central Otago, New Zealand. Off the beaten track and all but forgotten about, Homerville is a nightmare come to life, any visitors seldom leave..