A BROKEN TRINITY tie-in! In First Born, The Angelus power chose the troubled young woman Celestine as its host. Now, Celestine's split personality struggles with The Angelus force for ultimate control, even as a rogue contingent of Angelus warriors plot their leader's overthrow.

This is the second of three tie-in stand-alone issues to Broken Trinity, featuring the heavenly art of Brian Stelfreeze (Batman: Shadow of the Bat, X-Men: Unlimited) and the second of three alternate covers by Jeffrey Spokes (Sadhu: The Silent Ones). Other tie-in issues feature Witchblade and The Darkness.
See More See Less 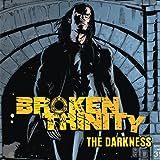 Broken Trinity: The Darkness
Depowered and alone, Jackie Estacado latches on to the only two people in the world he still cares about: Sara Pezzini and her baby, Hope. So when the man he's hired to watch them doesn't check in, Jackie makes his way back to New York City. Jackie quickly realizes that the journey home is littered with obstacles, and he's in no mood for delays. This is the first of three tie-in issues to Broke 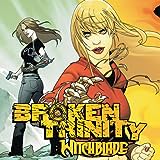 Broken Trinity: Witchblade
In the aftermath of Broken Trinity, there's a somber visit to a gravesite as Witchblade bearer Sara Pezzini is left to sort through her feelings for her baby's father, Jackie Estacado, wielder of The Darkness. Meanwhile, The Angelus watches and plots, waiting for a chance to strike. This is the third of three, tie-in stand-alone issues to Broken Trinity, featuring the fantastic art of Nelson Bl 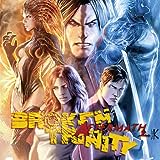 Broken Trinity: Aftermath
The quest for the 13 artifacts in the Top Cow Universe continues. Following the events of Broken Trinity come two new characters, two new stories and another chapter in the growing Witchblade saga. Michael Finnegan wrestles with the power and purpose that comes with the Glacier Stone, and his first test might be saving Darkness wielder Jackie Estacado from himself. Hundreds of miles away, Gloriann 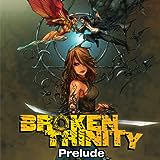 Broken Trinity
Hot on the heels of last year's hit event First Born, Top Cow proudly unleashes Broken Trinity. The three-issue summer event will once more force the triumvirate of Witchblade, The Darkness, and The Angelus to collide over the fate of Sara Pezzini and Jackie Estacado's daughter, Hope. In the midst of all the chaos, a new Artifact will surface and alter the landscape of the Top Cow Universe! Brough