A group of people on a corporate camping retreat find themselves stalked and murdered one by one by two indie slasher movie icons – Bunnyman from The Bunnyman Massacre series, and Adam Lynch from the movie Sledge.

The two murderous slashers fight each other upon first sight, but soon decide to team up to dispatch their prey. They kill off the corporate douchebags by horrendously violent means.

Fans of either film series will love it. As will slasher movie fans in general.
See More See Less 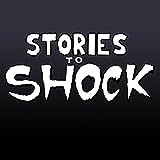 Stories to Shock
An anthology horror series in the vein of classic EC. Thrills! Chills! And even some laughs! 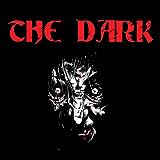 The Dark
Kelly Williams and friends bring you horrific tales inspired by urban legends and folklore from around the world. Come and see what lurks in The Dark. 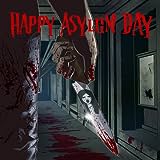 Happy Asylum Day
In Happy Asylum Day, there are two murder mysteries puzzling the characters - and it is up to you to solve them. This is a comic book that will pull you in right from the first frame and hold onto your attention, keeping you guessing while you turn blood-soaked page after blood-soaked page. For horror fans, this is a story that is sure to satisfy, the chills and the thrills abounding and the chara 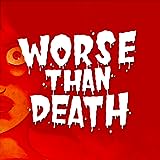 Worse Than Death
What's Worse Than Death? Perhaps living the rest of your life alone. Both Holly and Mia have tragic histories with the macabre that they just can't escape. When a popular dating app brings these two together for the most unlikely reason, will sparks fly? Or just blood? Find out in this dramatic horror/romance series, based on the video game!