In the jungle of Burma, the Zomi tribe lives modestly and peacefully. Thazama is a young, intrepid Zomi who loves hunting and playing games with his friend Moonpi. But the ensuing bloodbath of the 1988 Burmese revolution changes everything, making them hostages in their own country. Military forces impose strict rule over the people, demanding food and rations, men and women, many of whom will never return. Yet Thazama knows his destiny is to fight for freedom, and once initiated into adulthood he and Moonpi head for the great city of Mandalay, where Thazama continues on his road of no return on a harrowing journey through Southeast Asia, further and further from home.

Deep Breaths
A space bounty hunter tracks down a frog princess, a woman finds a condom where it shouldn't be, and a spoiled art student works his first freelance job. Deep Breaths is a collection of short comics about tension, violence, monsters, and moments... including the award-winning story "Mooreland Mates" and nine other tales rarely or never before seen.
Blue
96 pages! Blue is the debut graphic novel of Australian cartoonist Pat Grant. Part autobiography and part science fiction, Blue is the story of three spotty teenagers who skip school to go surfing only to end up investigating rumors of a dead body in their beach town. Habibi's Craig Thompson said this about Blue: 'This book rekindles my earliest enthusiasm for the comics medium. Pat Grant is the 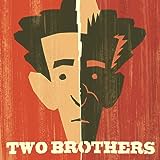 Two Brothers
New groundbreaking work from Ba and Moon! Twin brothers Omar and Yaqub may share the same features, but they could not be more different from one another. After a brutally violent exchange between the young boys, Yaqub is sent from his home in Brazil to live with relatives in Lebanon, only to return five years later as a virtual stranger to the parents who bore him, his tensions with Omar unchange 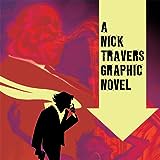 A Nick Travers Graphic Novel Series
" From New York Times-bestselling author, Ace Atkins, comes the graphic novel adaptation of his Edgar Award-nominated story featuring New Orleans blues historian/detective Nick Travers. It's Christmas in New Orleans. For many, it's the best season of the year. But instead of spending time with the people he cares about, Nick Travers is investigating the death of his friend, Fats. At first it ap