As a toddler, Orchid and her father barely escaped Japan during the Doolittle Raid of WWII. Years later, Orchid is still an outcast as she speeds her way into London's Cafe Racer motorcycle society. Defying both racial and sexist stereotypes, the half-Japanese teenager is unbeatable in a race--much to the disappointment of her father, who forbids her from riding his mysterious motorcycle. After discovering friendship in the most unexpected places, she soon uncovers the truth of the bike, along with its connection to the disappearance of her mother in pre-war Japan.

Cafe Racer is a story told through seven vignettes, also including extra features such as pencils, concept art, and other behind the scenes artwork.
See More See Less 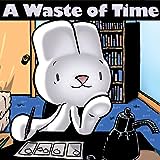 A Waste of Time
Foul-mouthed, sex-obsessed and misanthropic, Rick is no ordinary cute cartoon rabbit. The strips in this hysterically funny, surprisingly sweet collection range from fantasy tales about a closeted fundamentalist teddy bear, an oversexed fox, and a doomed robot love affair to autobiographical comics that share maybe a little too much information about the author. In their quest for contentment, the 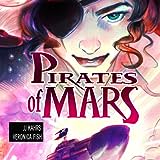 Pirates of Mars: Love and Revenge
Captain Lovelace and her crew travel the furthest reaches of space in an ongoing quest of interplanetary pirate hijinks in this beautifully drawn dramatically (and sometimes hilariously) written epic in the spirit of Flash Gordon and the classic adventure tales! 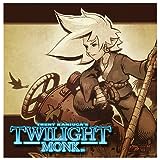 Twilight Monk
Twilight Monk is an Epic, Kung-Fu, Fantasy comic set in an imaginative world. Three orphan monks, a banished swordsman, and a turtle are on a mission to cure a curse, save their kidnapped friend, get their youth back, and save the world all while fighting off unrelenting bounty hunters. 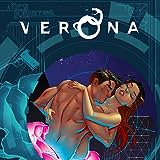 Verona
Set in modern-day Verona, the Montoyas and Capulets are warring assassin clans, serving contracts for Henrys, Hamlets, and MacBeths. When Jo Capulet and Roman Montoya are thrown together after a mission gone wrong, they see in each other a chance for a new life, even if it means destroying everyone in their path.