After the crash, the city of Hoffman has become a dangerous place.

What was once a thriving city is now a hotbed of violence. Alice is back from college and all the boys are after her. Lucy is her thuggish roommate. Fred is in a band. Dorian hits people with a tennis racket. Rasputin needs a comeback. Margaret has a secret. Carson is a punker. Disco Mailman is off the wall. Rudy is a gangster. Veronica is a spy.

These are the stories of the everyday people, residents of Hoffman trying to get by and survive long enough to find happiness. They are fueled by conflict, sex, alcohol, adrenaline, and caffeine.

Caffeine, the debut series from acclaimed artist James Guy Hill (Dreamland, The Dead Don't Die) is collected in a brand new digital format. To mark the 20th anniversary of being first published, long out of print series Caffeine has been digitally remastered and collected here for the first time.
See More See Less 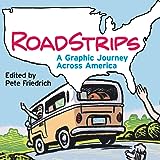 Roadstrips: A Graphic Journey Across America
Roadstrips is a unique comics anthology that takes a fresh look at our definitions of America in an era of upheaval and widespread soul-searching. Like a new On the Road for the 21st century, Roadstrips explores our national psyche through the work of 22 top cartoonists-among them Keith Knight, Matt Kindt, Peter Kuper, Gilbert Hernandez, Jessica Abel, Pete Bagge, Richard Sala, Brian Biggs, and 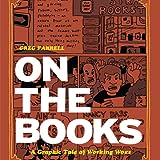 On The Books
A David and Goliath story, On The Books is the first-hand comic strip account of the labor struggle at NYC's legendary Strand bookstore in the summer of 2012. Told by Greg Farrell-an employee of the store who interviewed numerous other members of the staff-the book examines the motives and actions of those involved, including the store, the staff, the union local, and the people of New York City. 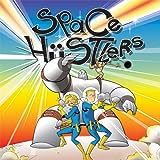 Space Hustlers
From the outer reaches of space, the Space Hustlers kidnap, blow-up, extort, or just give well-deserved noogies to those who stand in their way! Joined by a Confucius alien kung-fu monkey and a semi-conscious robot, street knowledge clashes with ancient philosophy as the Space Hustlers accomplish any mission, just as long as they don't kill each other first! 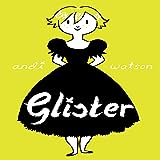 Glister
Strange things happen around Glister Butterworth. A young girl living on her family's English estate, Glister has unusual adventures every day, from the arrival of a teapot haunted by a demanding ghost, a crop of new relatives blooming on the family tree, a stubborn house that walks off its land in a huff, and a trip to Faerieland to find her missing mother. • Perfect for ages 8 and up!